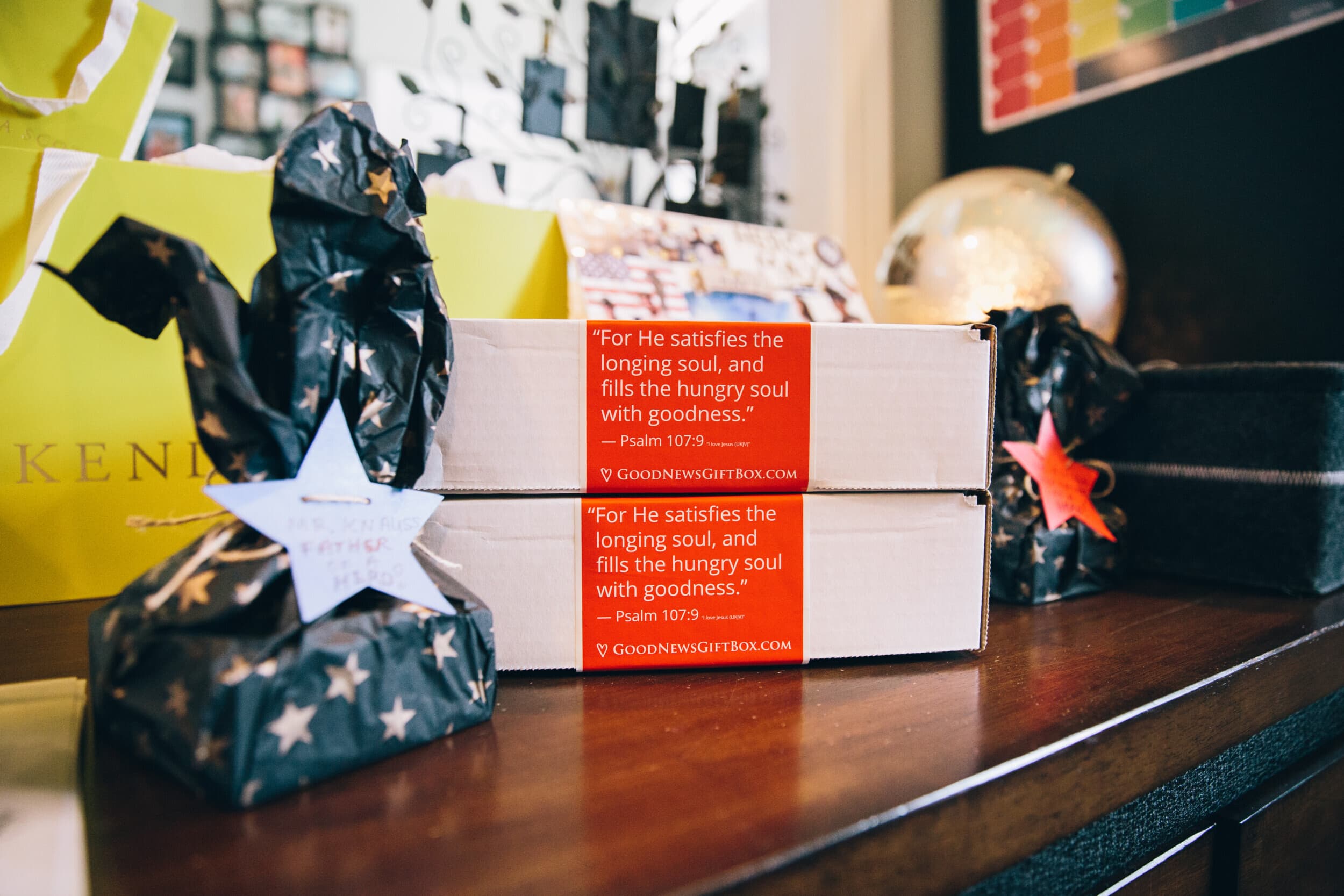 The crowds were chaotic in August of 2021 when thousands of hopeful refugees waited to board planes that would fly them to safety as the United States attempted to pull out of their war-torn country, Afghanistan. Some were seen jumping onto planes and falling to their deaths in a desperate attempt to escape what was happening as the Taliban once again attempted to stranglehold the country.

Meanwhile, a family in Pell City was working on a project for military members, but they had no idea of the mission on which they were about to embark. Jonathan and Angel Brown had been giving gift boxes to people for encouragement as part of a non-profit effort. Their non-profit is called Good News Gift Box.

Angel Brown said to get the ministry started, she wanted to have a Good News Gift Box office in her home. Before her family built the house, she envisioned what she wanted it to look like. Now, as soon as you walk in the door of her home, you can see she has a large world map as a symbol of all the people that she wants God to touch through her ministry.

“It really has made a difference,” said Brown. “We got hooked up with someone in Israel that makes handmade wooden crosses, and another thing that touches our heart is that we got involved with SHE Rescue Home, which helps rescue children that get sold into human trafficking by their parents. So, it’s not just our ministry, but we are helping other ministries internationally. We even have coffee from Honduras. Principio Coffee helps feed five warm meals to children per box given.”

On Aug. 26, Angel Brown said she was focused on a new way to give to active military and veterans. “Socks for Soldiers and Warm Steps for Vets” had raised $1,900 in just a couple of weeks for socks to send out. The Browns had recently found out that socks were the number one requested item by military members and wanted to give back.

She was at the store purchasing the socks when her emotions took over.

“I cried over these socks, and I got lots of funny looks as I rolled my flatbed of socks to the checkout,” Angel Brown remembered. “Costco heard about our mission, and they gave us some gift cards towards the socks.”

That’s when it happened.

That’s when Angel Brown saw on the news that a suicide bomber and gunmen devastated parts of the Hamid Karzai International Airport, attacking and killing 183 people. Afghan citizens made up 170 of those killed, and 13 of them were American heroes.

Jonathan and Angel Brown would think about those 13 men and women for months afterward.

The family prayed. They prayed for the people of Afghanistan and for the U.S. troops that had been deployed to the Kabul Airport to evacuate Americans that were still in the midst of terror.

“It was heart-wrenching to know that 13 families would be receiving a knock on their doors to tell them that their hero would not make it home,” Angel Brown said. “We wanted to be a blessing to the families of the 13 heroes. I was on a mission to be a blessing.”

So the Brown family, along with their kids, decided to take on the tedious task of getting in touch with each family of those killed. It took about two months, but finally, they had permission from each family to send gift boxes.

Inside the gift boxes, Brown has made collages of each and every military member killed in the airport attack. After numerous conversations with loved ones, she has learned who the military members were and what legacy they left behind.

“This is Max and Daegan,” said Brown of two of those killed at the Kabul Airport last year. “They were best friends. They called Max ‘Wild Thing,’ and I can see why because he jumped off a cliff. They started a foundation called ‘Helping Veterans: Living Life to the Max.’ I want to have a T-shirt with all of their names on it.”

Brown said learning the details of the lives of the military members has been heartbreaking but inspirational.

“There are just so many stories that are just heart-wrenching,” said Brown. “It became a bigger mission than what I intended it to be. I just thought I was sending gift boxes, but I feel emotionally connected to the families and my heart has a deep love for them all. This has all been a God thing … It has been heartbreaking and humbling. This mission has been one of my life's greatest works. I am so honored to serve these beautiful families.”

As for Good News Gift Box, she hopes the ministry continues to bless people from all walks of life.

You can learn more about Good News Gift Box or donate here.