On Monday, Politico made public a leaked SCOTUS first draft opinion on Dobbs v. Jackson’s Women’s Health, in which George W. Bush-appointed Justice Samuel Alito gave the opinion that the court's previous ruling in Roe would be struck down.

Congressman Barry Moore released a statement supporting the opinion while expressing concern with the nature of the release.

“Tonight’s outrageous and unprecedented leak is astonishingly dangerous and further proof that nothing obstructing the Left’s radical agenda is safe, despite the consequences,” said Moore. “I am terribly concerned for the repercussions of this leak and the broader dangers of an ideology in which the ends always justify the means.

“Much remains unknown about this draft opinion, and even if it is authentic, justices can change positions on cases up until the last minute. But nothing can change the fact that Roe was a horrendous, politically-charged decision by an activist court with, at best, weak Constitutional footing.”

Gov. Kay Ivey announced outrage at the leak and her full-fledged support of overturning Roe.

“This unprecedented leak is concerning, outrageous and a blatant attempt to manipulate the sacred procedures of the U.S. Supreme Court,” Ivey said. “Those responsible should be held accountable. My prayer is that Roe v. Wade is overturned and that life prevails.”

“Alabama stands ready to take immediate action if the Supreme Court ultimately overturns Roe and allows states to once again determine abortion-related matters,” Ledbetter said. "Our Alabama state motto reads 'We Dare Defend Our Rights' and that includes the rights of the unborn.”

Chris England, the Democratic minority leader of the Alabama House of Representatives, expressed disapproval of the leaked opinion.

“Yet again, Republican legislators and appointed judges think they should be sitting between you and your doctor while making medical decisions,” England said. “Republican politicians will claim this is a win for 'life' in a state with high infant mortality rates, a Black maternal mortality crisis, and countless other public health crises. They refuse to expand Medicaid, providing free lifesaving healthcare access to Alabama families - or do anything else that actually sanctifies life for Alabamians. Now, their law will block abortion access in Alabama, negatively affecting women with the fewest resources the most.

“Some of our nation’s most consequential laws are written in state legislatures. This challenge started in the halls of the Mississippi legislature, and Democrats must remember this example of why local elections must be a central focus. What happens every day in Jackson or Montgomery can have national implications.”

Gubernatorial candidates also let their voices be heard in light of the historic leak.

“Overturning Roe v. Wade would be the most significant victory for the Constitution, states’ rights and the lives of the innocent in our modern era,” said gubernatorial candidate Tim James. “For the last 50 years, the blood of millions of children have cried from the ground. I look forward to having the full authority as governor to help bring an end to this dark stain on American history.”

Lindy Blanchard, another candidate for governor, also expressed support for overturning Roe and giving a plan of action should she be elected.

“As governor, I will call a special session of the legislature on day one to ban abortion in the state of Alabama. If authenticated and realized, the draft opinion overturning Roe and returning power to the states will put this decision back where it belongs - in the hands of the people of Alabama and their duly elected representatives.”

Gubernatorial candidate Lew Burdette released the following statement in response to the leak:

“News about the potential SCOTUS decision to overturn Roe v. Wade is sending shockwaves across the country. If true, this becomes a state issue and will make it even more important that we have strong, conservative governors who will stand firmly to protect the rights of the unborn. As your next Governor of Alabama, I will ensure that abortion is illegal in all cases. Let’s pray for our Supreme Court justices that they make the final decision for truth, not politics; courage not fear.”

Finally, Dean Odle, also in the governor's race, expressed outrage at the apparent political motivation for the leak but conveyed full-throttled support for doing away with Roe.

“The ‘leak’ of the draft opinion from the Supreme Court proves that nothing is safe from the dangerous agenda of the communist left,” Odle said. “We need to pray for the protection of the Supreme Court Justices who have sided with unborn babies and their Constitutional right to life, liberty and the pursuit of happiness. The battle is not over, a final ruling has not been made, and this will only make it more intense.

“Alabama is a state that values human life as seen by the passing of the 2019 Human Life Protection Act. As governor, I would not bow to unconstitutional rulings from the Supreme Court or the federal government. Abortion deprives unborn Alabamians of their God-given rights, therefore this is an area I will not compromise on.”

Which of the top 10 Alabama high schools spend the most on students and impose highest property taxes? Read now → 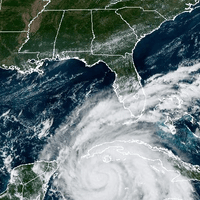