Work is still underway on a zoning plan that has been in the development stages for six years in the city of Mobile. The proposed Unified Development Code (UDC) was voted down on Oct. 19, after a public hearing on the issue. But now a newly-elected council will consider a revised version.

The purpose of the UDC is to “protect investments, property values, and quality of life throughout neighborhoods." The code would not change existing zoning districts but would “introduce a distinction between urban and suburban development to guide site standards.”

Barbara Knowles Smith, who serves as the president of the Sand Town Community Action Group in Spring Hill, said her group has shared concerns about the plan, saying the boundaries would be cut in half and would be detrimental to the Black community in the area.

Officials with the Port of Mobile say while the port is growing and bringing goods into Alabama and beyond, the city must do its part in fostering opportunities for growth.

Judith Adams, Vice President of Internal/External Affairs for the Alabama State Port Authority, and a resident of Mobile said there have been hundreds of opportunities for the public to place input into the plan. She said she has been working on the process since it was introduced in 2015.

“I think that we can all agree that this process has been incredibly open, thorough, transparent, and available to every business interest, citizen, stakeholder group and elected officials,” Adams said.

Adams encouraged members of the council to pass the code in order to allow for new opportunities for development and growth in the city of Mobile.

“The port is at unprecedented growth,” Adams continued. “We’re pumping out 27% growth in a lot of our areas. We are attracting new investment interests.”

But not everyone is pleased with what has been brought to the table so far.

“It will result in businesses locating directly next door and surrounded by homes that have been in existence for many, many years, as a...Black residential neighborhood,” said Smith, representing the Sand Town Community group.

“The Black family descendants have lived in this area of Spring Hill since 1845, over 176 years,” Smith added.

Smith pointed out that the neighborhood has been recognized for its historic significance.

“Please do not destroy the only Black community located in Spring Hill,” Smith said. 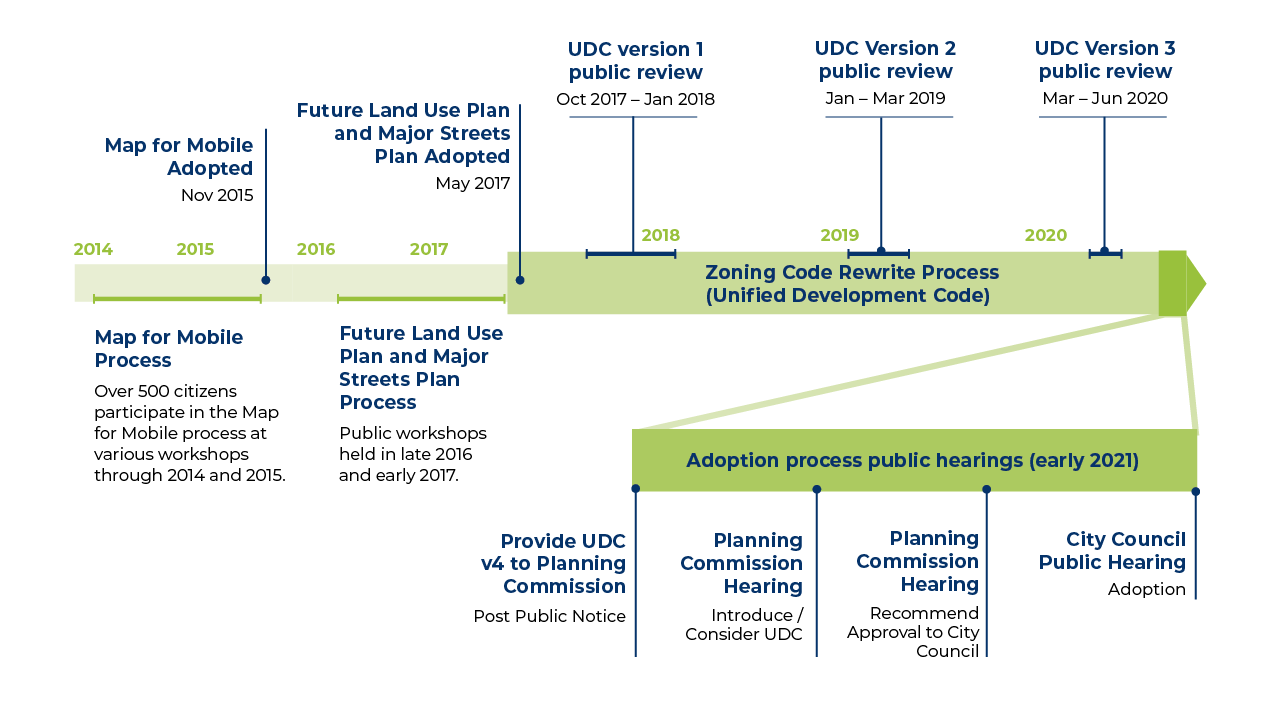 Several citizens in the area spoke against the proposal, saying they believe it is a systematic effort by Spring Hill to “eliminate the Black community in the area.”

Since the proposal did not pass, it is now back in the hands of the Planning Commission. Any revised plan will be brought to the new city council. Those members were sworn in on Nov. 1. Mayor Sandy Stimpson said the city will work to make that transition efficient.

"I can assure you that the administration will work with the new city council to give them ...all the information they want," said Stimpson. "We will reach out and do everything we can to educate them, sharing whatever documents, whether it's the previous city council's attorney's documents or answers but we will work hand-in-glove with them to try to move this process forward."

The latest proposed zoning code that was voted down in September can be viewed in full by clicking here.