Rise to the moment of truth Friday, December 2, 2022
News

When Rich Wingo first ran for office to represent Tuscaloosa in the Alabama Legislature in 2014, he intended to only serve two terms. Now that he's leaving the Alabama State House, he still sees more work to be done.

During an appearance on the latest episode of the 1819 News Podcast, Wingo said his "biggest fear" is that the State Legislature will try to push through gambling since he won't be there to stop it.

"As soon as they go into session in March, I think that they will have one or two or three gambling bills," he said.

With the help of other lawmakers, Wingo said God used him to "lead the charge" against previous efforts to establish gambling in the state.

"I used to lead that charge for eight years. I was the thorn in their flesh," he said. "I was the one who continually tried to kill and eventually did kill bills with other people, but God just used me to just get in the way long enough to kill the bill."

During last session, the state legislature tried and failed to pass a lottery and gambling bill. With talk of the issue being brought up again next session, Wingo is worried things might be different this time around it if it gets more support from Gov. Kay Ivey and "moderate" Republicans.

"Half of the legislators don't know the truth … and the other half that do, the others don't believe. That's so true. And the bad thing is, we've got a group of Republicans that have an 'R' behind their name, but they're moderates. They're not Republican, but they run on the Republican ticket."

To connect with the author of this story, or to comment, email daniel.taylor@1819news.com. 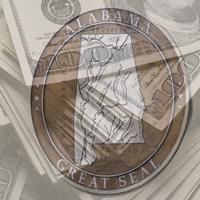 Justin Bogie: When it comes to tax relief, Alabama should strive to be more like Mississippi Read now →