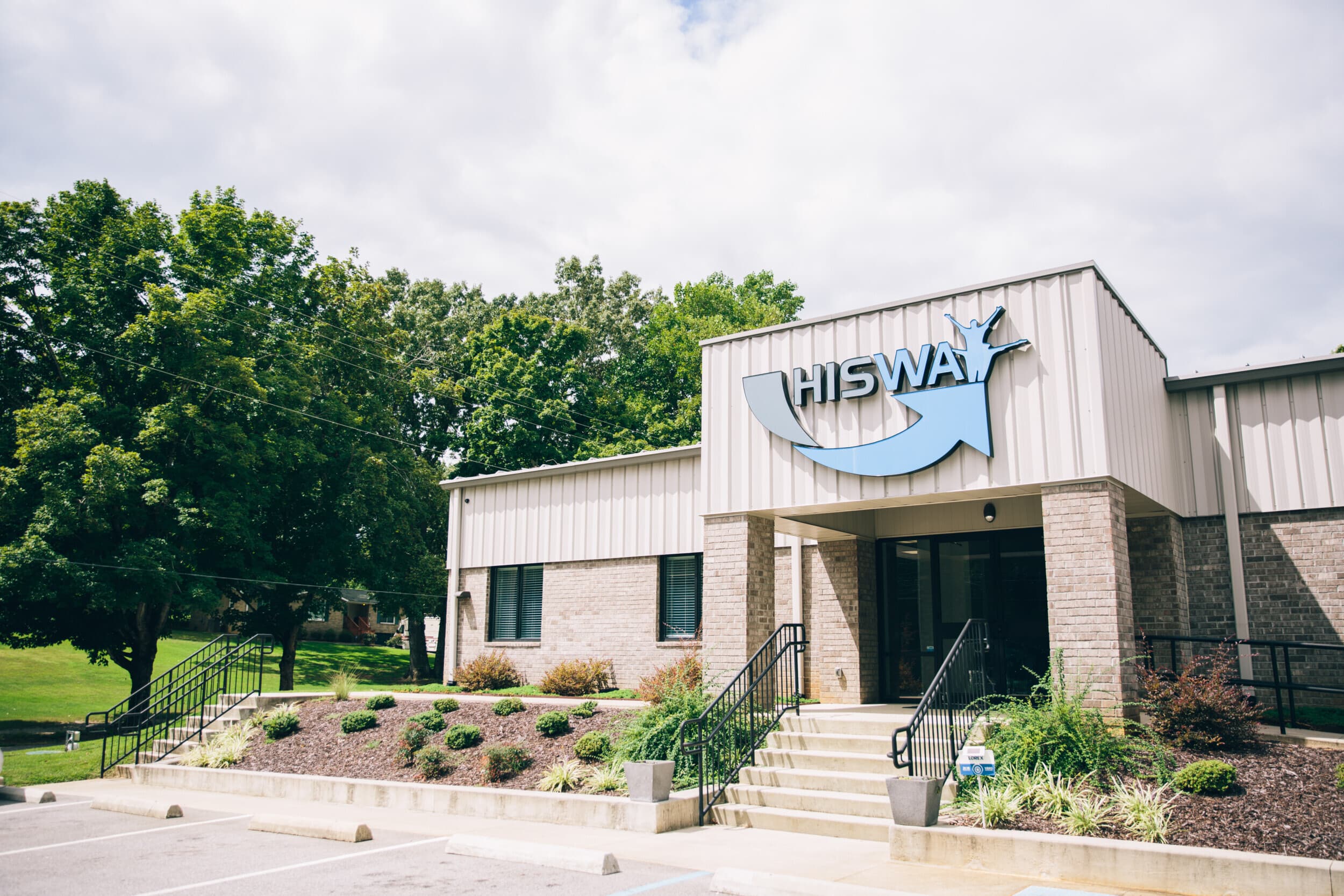 Reclaim. Rebuild. Restore. That’s what His Way, located in Huntsville, is all about. The Christian-based non-profit is using all of its resources to help men and, in some cases, women recover from addiction.

All evidence shows His Way is changing lives. Although not all stories are success stories, many of the men realize the way to recovery is through Christ.

Michael Hammond is only 23 years old. But he is blessed to be here at all. After overdosing to the point of death, he learned he had a purpose after being brought back to life.

“I was doing a lot of hurtful things on the outside, so I just wanted to come here for a change,” said Hammond.

Hammond was working in construction when his addiction began. He asked a co-worker if he could try heroin for the first time.

“He pulled it out, and I snorted it,” said Hammond. “The next day I asked if I could try a shot. He pulled out the needle and drew back a shot. It intrigued me.”

It wasn’t long before his two-year addiction grabbed him. But it was the day he nearly lost his life that changed it all. When he overdosed, Hammond said the person he was doing heroin with, and who he thought was his friend, left him at a gas station.

“He just left me there,” Hammond said. “Luckily, a woman was out there walking and saw me and called police.”

Hammond contacted His Way and was part of the program shortly after his overdose.

Since he has been at His Way, Hammond has realized the pain he caused and now just thinking about his past is hurtful for him. He was doing heroin. He said it was like playing Russian Roulette every time.

“It gets hard because you feel like conviction now,” said Hammond. “I have been baptized since I’ve been here.”

Now it’s Hammond’s time to shine. He’s looking forward and looking up because of the work God has done through His Way.

His Way has a nine-month residential program for men that is broken up into three stages:

1.       For the first 30 days, men take part in Bible classes, counseling sessions, individual studies and volunteer work, and they are able to work in the Saving Way thrift stores.

2.       For the next 30 to 60 days, the program is all about getting the men back on their feet. They are able to create their resumes, submit job applications and find employment, while continuing classes and Bible studies.

3.       The third step is starting work. The men work full-time and attend classes at night. They are often given leadership positions and are able to plan for long-term, ongoing recovery.

There is also a non-residential program for both men and women. Rediscovery focuses on drug and alcohol recovery and support for those who are unable to enter a residential program. Rediscovery consists of weekly meetings, instruction, support, accountability, Moral Reconation Therapy (MRT), Bible study and drug testing.

So how did His Way come to be? It all started in 2007 with Tom Reynolds, a pastor, and Doug Stogner, who owned a construction company and had been facing his own demons. A man named Clyde Jones helped with the financial side of things, and His Way has been growing since.

“The beauty of what we do here, I think, is our goal is not for you to recover from drugs and alcohol,” said Stogner. “The goal here is to help you understand who you are in Christ.”

All recovery at His Way is based on five core values: grace, consistency, respect, accountability and the gospel.

Stogner said after years of struggle, including prison time, he understands that he can’t control people and make them recover. But he says he can introduce the men to the Savior.

“That we can do with 100% assurance,” said Stogner. “We can be assured that while you’re here that you will be exposed to the Word and that you will know who you are in Christ.”

His Way offers volunteer opportunities to the public, such as clerical work, driving, kitchen work, counseling and teaching, as well as mentoring.

Sometimes the program is so successful for men that they stick around for much longer. Steven Shelton was once on crack cocaine. He lost everything but found God. In his continued efforts to grow closer to God, he was brought to His Way.

“I am now a servant to the program,” said Shelton. “I am doing what God is expecting me to do.”

Shelton’s struggle began at the age of 14 when he tried marijuana for the first time.

“They don’t call it the gateway drug for nothing,” Shelton said.

After years of drug use and alcohol abuse, Shelton’s “beginning of the end” started in 2019 when he tried crack for the first time. At one point, Shelton said he remembered not being able to buy food. He didn’t eat for days and even weeks at times. Just a mile down the road, he found out about a place he could go to get free food.

“I walked, and a mile doesn’t seem far but I was so emaciated that I had a very hard time,” said Shelton. “I just kept going in that direction but it seemed like I would never get there.”

But he did get there. And since then he has gotten even further in his journey through life.

Shelton said he understands people who are in the struggle, and he is thankful for an organization that has done so much to save lives. Now, he is helping others and getting them on the right track.

“When they told me about His Way, it was there where life truly took the turn to where it is now,” said Shelton. “This is the direction I intend to go for the rest of my life.”

Hammond is one of those Shelton, Stogner and Reynolds are able to help.

“I think this is a great place for guys that are trying to recover,” Hammond said. “Especially with the Christian atmosphere. They really break down the Bible and explain it to those who don’t understand.”