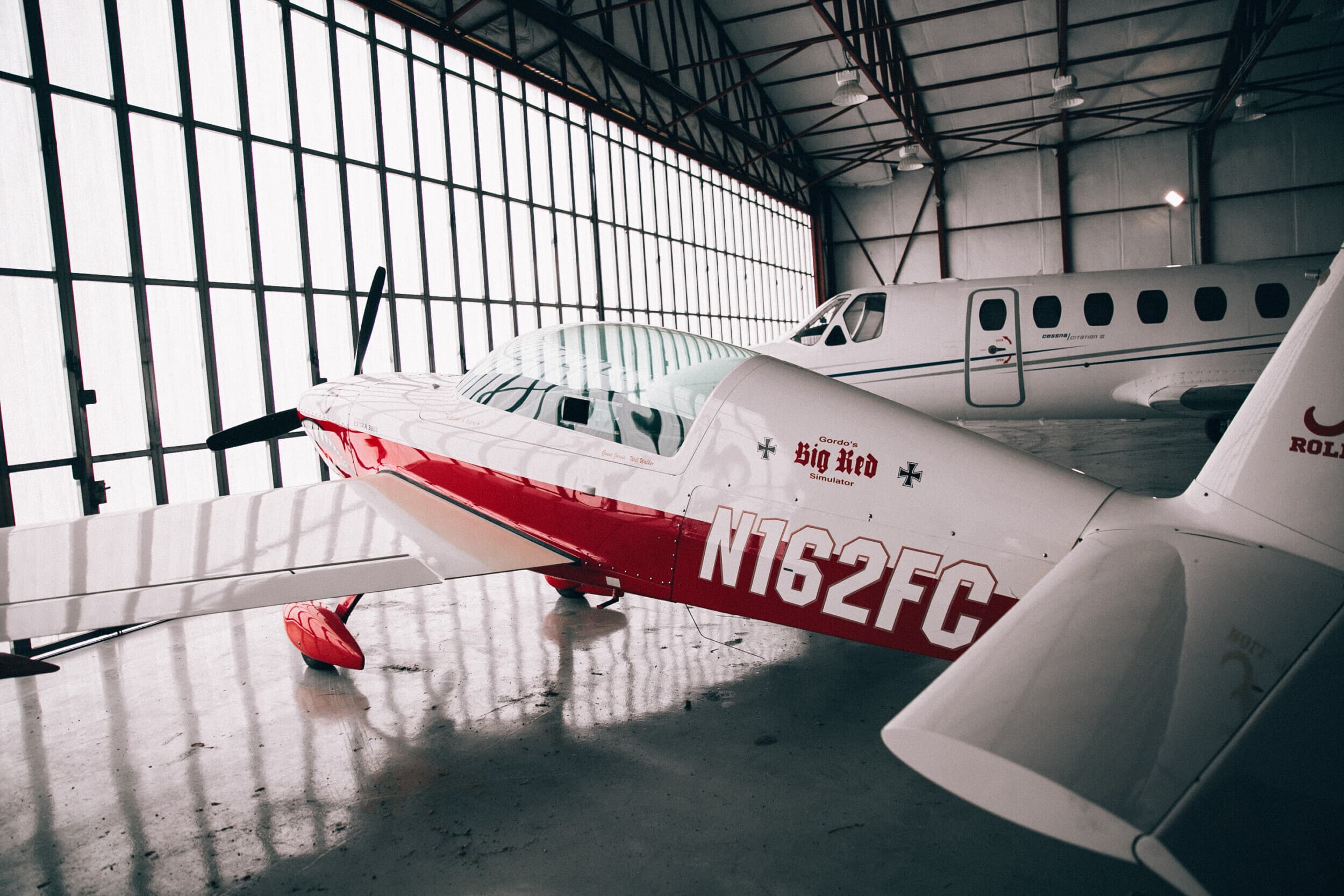 With the recent hype of “Top Gun: Maverick,” there is growing interest in aviation across the nation.

But about 50 miles northwest of the Birmingham-Shuttlesworth International Airport, there is a father-daughter team taking aviation to the next level, with connections to the “Top Gun: Maverick” movie, as well as the real-life U.S. Navy TOP GUN program.

Sanders Aviation and Sanders Flight Training Center not only caters to people flying into Jasper’s Walker County Airport, it is also a training site for military pilots looking to become commercial pilots, future aviators, and has expanded opportunities for children in the community.

Founded in 1996 by Joseph Gordon “Gordo” Sanders, Jr., Sanders Aviation has been a hub for pilots traveling through Walker County’s Bevill Field. Gordo’s daughter, Jessica Sanders Walker, has since expanded her father’s vision and continued his legacy.

“We are one of the largest military-to-airline transition flight schools in the southeast, if not in the country,” said Walker. “So, we see about 90 students a month that are coming from the Army, Navy, Marine Corps, the Air Force, and the Coast Guard.”

Even if a military member was a top jet fighter pilot, he or she still must get this rating in the civilian world to fly commercial. Or, to quote Top Gun’s Pete “Maverick” Mitchell: “As good as they are, sir, they still have something to learn.”

With staff that includes military jet fighter pilots, it’s no surprise that Sanders Aviation and Sanders Flight Training Center have a connection to “Top Gun: Maverick.” In fact, after actor Tom Cruise said he wanted live-action flying scenes (every cast member was reportedly trained to fly), some of the pilots that flew in the movie trained at the facility, Walker revealed.

“A lot of the scenes that you saw in the movie were filmed with pilots who’ve come through here,” Walker said. “So, one of those students who got his ATP here did the actual tower fly-by. Another one of the guys was the actual air boss in the movie.’

Another pilot at Sanders was deployed on an aircraft carrier used in the filming of the movie, Walker said.

As Vice President of the organization, Walker works with her father to fulfill dreams that are sky-high.

“I never had the dream to fly,” she said. “But I had the dream to run a business of this size and make it important to the community and help others. This is their dream and these are their aspirations and we’re making that come true every day.”

Walker said a love for flying can start at a young age and she continues to expand opportunities for children on the property.

“We’ve got several in the pipeline right now who are doing really, really well,” said Sanders.

Walker works with multiple organizations to get the word out about the opportunities in aviation. Sanders Flight Training Center developed the first curriculum for high schools in Walker County and Walker herself taught for two years. Others also flew in from around the southeast to acquire the curriculum and share it with their students.

From inspiring children to know the sky is no longer the limit, to training top military fighter jet pilots who want to become commercial pilots, Sanders Flight Training Center is a first-class, all-in-one operation.

Isabell Sullivan’s father is a military pilot and her great-grandfather was a glider pilot. Since her junior year in high school, she’s been learning how to fly planes. She’s now 20 years old and has been training at Sanders for a couple of months.

“It’s something that not a lot of people get to experience and I feel like I’m so blessed to be here right now,” said Sullivan. “It’s like a family over here.”

Not only has she learned how to be a successful pilot, but Sullivan said with the knowledge of the staff at Sanders, she has been able to learn about the engineering and mechanics of the planes.

Sanders Flight Training Center is a Part 141 certified training center, which is the highest, most accredited flight school possible, according to Walker. It includes an organized, syllabi set of instruction. The instructors at the center have over 60,000 hours of combined experience, and safety is a top priority.

“Because we are a 141 school, the FAA comes out and inspects us,” said Walker. “… We get inspected by the TSA as well.”

There are various courses offered, depending on what a student wants to learn and earn. The courses can be completed within eight weeks. It includes ground and flight lessons.

The dedication to the military stands out at Sanders. They help fighter jet pilots go from the “danger zone” to civilian pilot jobs and help them make the transition in a family-like environment.

If you’re already a pilot and need to take a break at Sanders Aviation, 24-hour self-serve fuel is available, as well as catering, vending, free WiFi and lobby access. Sanders Aviation also provides custom service to those flying in with unique needs.

The long process of becoming a pilot or earning a higher rating can be grueling, but the payoff of learning how to fly with some of the best in the business is priceless, said Walker.

“It’s a long process and one you have to work really hard for,” Walker said. “So, we’re really excited for everybody when they get done flying here.”

Tradition abounds across the campus of Sanders Aviation. There are old patches and challenge coins displayed in several areas. Those relics are reminders of those who launched or advanced their careers at the location. Old planes, including one that holds the world record for longest-running race plane, sits in a hangar on the property. Big Red is a T-6 Texan.

One tradition wasn’t one started at Sanders Aviation, but has deep roots in aviation history.

“The longstanding tradition with students is that you cut the back of their shirt off with a pair of scissors,” Walker said.

“And that was because years and years ago, when you were learning the instructor would sit in the back and they would pull on your shirt tail and yell at you to do this or to do that. So, the old tradition is that you cut out the shirt tail because you don’t need the instructor pulling on your shirttail anymore, telling you what to do.”

If you are interested in learning how to fly, go to https://sandersaviation.com/ and fill out a training request form.

﻿Don’t miss out!Subscribe to our newsletter and get our top stories every weekday morning.