Fresh off of her Republican primary election runoff victory earlier in the week, Republican U.S. Senate nominee Katie Britt laid out her strategy going forward to November for her general election match-up against Democratic U.S. Senate nominee Will Boyd during an interview with the Trussville Tribune's "Tribune Unscripted" on Thursday.

Britt told host Scott Buttram she anticipated a continuation of the same strategy she employed to win a plurality in the primary and a decisive runoff victory.

She also vowed to work to earn support from those who voted for U.S. Rep. Mo Brooks (R-Huntsville), her GOP primary opponent.

"I think we will be doing this same thing that we have been doing," Britt said. "I think working the state will not only help to broaden our coalition and bring people in, and you know, we've got to work hard to earn Congressman Brooks' voters' votes and to bring them into the fold. That will be a priority for me. But also continuing to spread our message. So, we'll be crisscrossing the state. One of the things that was just so remarkable about Tuesday evening was looking across that whole room and seeing people from Scottsboro, and from Hamilton, and from Clarke County, and from Trussville and from Sampson, from Auburn ... and Saraland. It was amazing.

"That was just incredible, so we want to continue to build on that. We'll be going around, doing meet-and-greets, doing meetings, whether they're Republican Party meetings or Rotary or Chamber or whoever else invites us. I think our plan worked. A lot of people thought it wouldn't work, so don't deviate from the process. We'll keep crisscrossing the state, building out that coalition to hopefully solidify our vote in November." 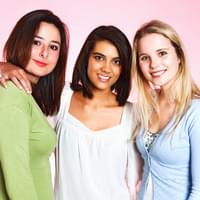