Some of the money recovered by the state of Alabama through its February 2021 settlement with McKinsey &amp;amp;amp;amp;amp; Company, will go to specialty courts throughout the state, according to Attorney General Steve Marshall.

In the lawsuit, the State alleged that McKinsey contributed to the opioid crisis by promoting marketing schemes and consulting services to opioid manufacturers for more than a decade. Those drugmakers included Purdue Pharma, which produces OxyContin.

“The complaint, filed with the settlement, details how McKinsey advised Purdue on how to maximize profits from its opioid products, including targeting high-volume opioid prescribers, using specific messaging to get physicians to prescribe more OxyContin to more patients, and circumventing pharmacy restrictions in order to deliver high-dose prescriptions,” Marshall’s office said in a statement.

Alabama will receive $7.6 million this year, and a total of $9 million, from McKinsey &amp;amp;amp;amp;amp; Company, according to the AG’s office. Those funds must be used “to remediate the harms caused to the State and its citizens by the opioid epidemic” and “to recover the costs incurred by the state in investigating and pursuing its claims” against McKinsey.

Marshall awarded $1.5 million of those funds to the prosecutors in the case on Monday.

The money will be used to invest in courts including drug courts, veterans’ courts, and mental health courts. 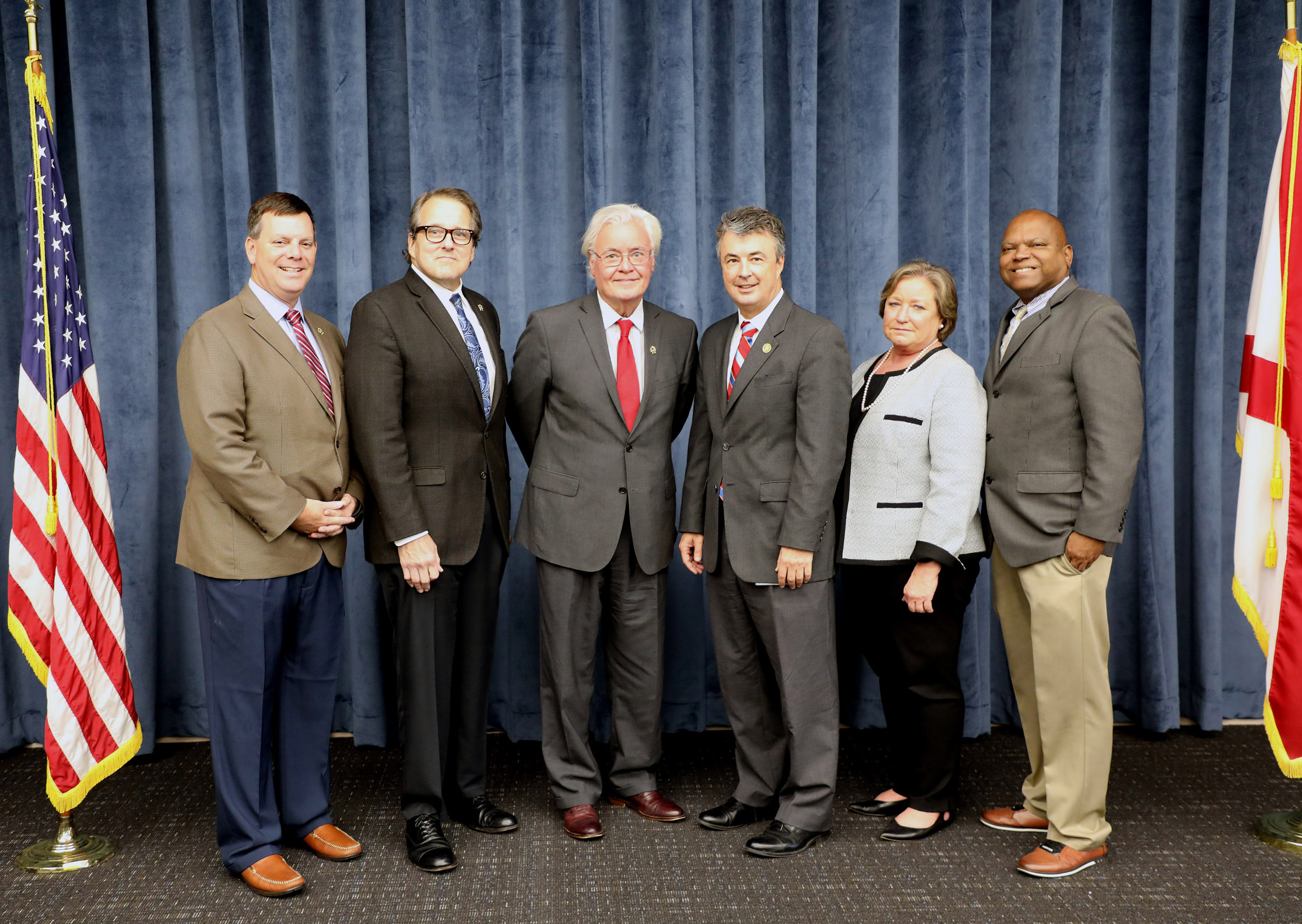 Marshall said, “Investing in Alabama’s drug courts is directly responsive to the needs of individuals struggling with opioid addiction, but also to the significant strain that the opioid epidemic has placed on our District Attorneys’ offices and court systems across the state. President Trump’s Commission on Combating Drug Addiction and the Opioid Crisis rightly recognized the role that drug courts can play in leading our state and country out of this epidemic and I am pleased to make a financial contribution to this end.”

District Attorney Michael Jackson, President of the District Attorneys Association, added, “I appreciate the Attorney General’s acknowledgment of the burden that the opioid crisis has placed on prosecutorial offices, which is so often overlooked. Drug courts and pretrial diversion programs are an extremely valuable tool—not only can this type of intervention save the lives of addicted offenders, but these programs also help decrease victimization within communities. We are grateful for our ongoing partnership with the Attorney General’s Office to make our state a safer place to live.”

There will be two more distributions from the settlement announced this week.

The State also has pending claims against opioid manufacturers Purdue Pharma, Mallinckrodt, and Insys in each of their respective bankruptcy cases, and a trial is set for November, in the State’s case against Endo Pharmaceuticals and McKesson Corporation.

'We gave our all for him': Auburn fights in Cadillac's possible final game as head coach Read now →

Who should Auburn keep under its new head coach? Read now →