"Do to others as you would have them do to you."

October is National Bullying Prevention Month and in Alabama, school systems are required to adopt and abide by policies prohibiting bullying.

But not all protocols are perfect, and one Montgomery mom knows all too well how deadly bullying can be. After her son took his own life due to bullying, she made it her mission to change laws, spread awareness, and help others.

Monique Davis’ son, Jamari Terrell Williams, was only 10 years old when he took his own life on Wednesday, Oct. 11, 2017. It was a day Davis will never forget. Since the incident, Davis has analyzed every move her son made and noted red flags she wishes she would’ve noticed then.

Williams was a happy, healthy and active fifth grader. He loved church, school, made all A’s and loved to dance. Since the age of five, he was involved in dance, and he won many awards for his talents on stage.

“He just loved to entertain people,” Davis remembered. “And people loved to watch him dance. I mean, the Monday before he died, I mean, people came from all over just to watch him dance. Because on that Monday, he danced for the Distinguished Young Women, and he was the only boy. He was a special guest and when I tell you, people were running up to him and, ‘Oh my God! I came just to see him dance!’ And I’m looking at him and people are asking to sign his autograph … I had told him that Monday, ‘Boy, I’m going to be your Momager because people love to see you dance!" 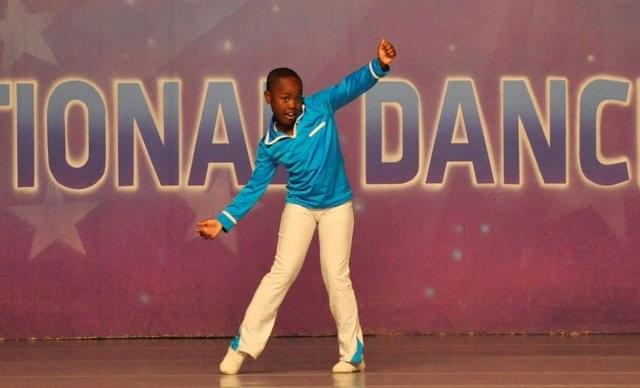 About a month before Williams passed away, Davis said she saw changes taking shape. Her son told her people made fun of his dark complexion and the shape of his head. He started becoming withdrawn and uninterested in school and his Xbox. On Oct. 11, Davis was in school with her son, as the room mom in his classroom. She said she witnessed the bullying herself. She saw other students trying to trip him in the hallway. Davis spoke to the teacher about the incident and administrators opened an investigation into the incident, but it was too late.

Davis remembered after they got home, that her son was quiet and acted differently.

“That particular day he was adamant on what he was eating,” Davis said. “I had one meal prepared, he didn’t want that. He wanted his favorite.”

So, Davis made her son’s favorite meal and after he ate, the child went to his room. Even after his older brother tried to talk to him, Williams was not interested in talking.

Around 9 p.m., Davis said she went to get Williams so they could watch a show they watched every Wednesday night. But that’s when she saw something she could’ve never imagined.

“I’ll never forget, it was 9 o’clock and I kept calling him, kept calling him,” Davis said with tears. “He didn’t answer. At 9:01, I got up, I’m like, ‘Jamari, what are you doing?’ Got up and I found him. Um, I knew I couldn’t do CPR because I knew he was already gone. His body was still warm. I got him, he fell on the floor and that was the hardest thing I ever did, I ever dealt with in my life. I would tell anybody that’s the worst, that’s the worst thing you could ever see as a mother. I just really didn’t want to be here because I couldn’t understand why he chose that way because he knew how much I loved him.”

For two weeks, Davis sat in a chair and didn’t move. She didn’t think she could go on with life.

But through her faith, she was able to do more than move on. Davis began talking to city leaders, then state leaders, and before she knew it, the state made changes to bullying laws. 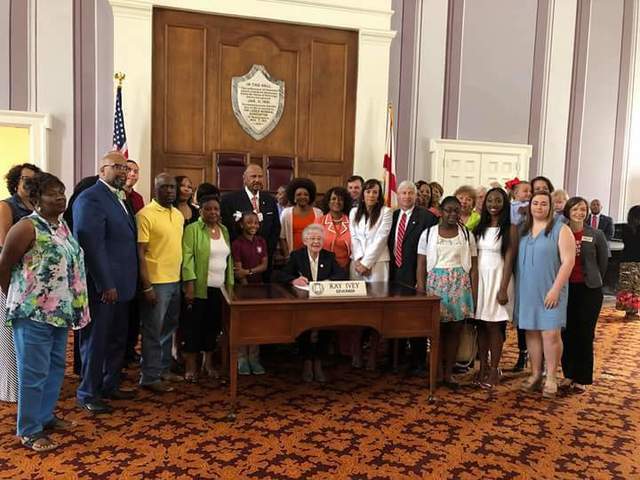 The Jamari Terrell Williams Act was signed into law in 2018. It recognizes off-campus and cyberbullying and requires every school system to prominently place a bullying complaint form on its website. Davis said she will never forget the day the bill was passed.

“When I got there, it was just ironic because Jamari’s fourth-grade field trip was to the State House,” Davis said. “And I sat in the seat where he sat. I remember because I went with him and I remember for that particular field trip he said, ‘Mommy, one day my name is going to be in lights up there.’ That’s exactly what he said and that just kept coming to me and when they passed it, all I could do is cry because his name was on that board just like he said it would be.”

The complaint form is also available at each school office and in student handbooks. After being filled out, those forms are to be submitted to school officials. The school system is then required to report statistics on bullying, including reports of violence and harassment, to the Alabama State Department of Education, based on information gained from submitted forms.

Although procedures are in place in school systems across the state, there is no way to end the age-old practice of bullying, and children are not immune to its dangerous impacts.

Pat Bentley, a former Birmingham Police officer and father of six, said he has seen his share of bullying and he believes kids shouldn’t back down from bullies.

Bentley’s children are out of school now, but when his son was in fifth grade, he said he got in trouble for standing up to another student that was bullying his friend.

“I’ve been out there on the streets enough to know that if you continue to allow your kids and our kids in the school to be bullied, eventually it could be a life-or-death situation," Bentley added.

Bentley said he believes boys should learn at a young age that it is important to stand up for the ones they love.

“I was raised not to allow people to take advantage of you,” Bentley added. “But don’t start it. I mean, my dad raised me not to start it but not to sit there and be taken advantage of and be beat up. We didn’t have all of the shootings and stuff at schools when I graduated in ’83. We didn’t have all of that. Whenever something went wrong, two people met and they fought it out and it was over with and some of them ended up being best friends.” 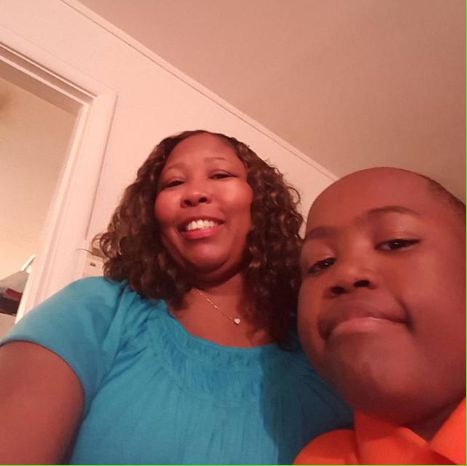 Even Monique Davis said although her son didn’t like controversy, she wishes he could’ve taken up for himself.

“If I would’ve known it would’ve went this far, because I was the parent that said, ‘Ok, overlook it.’ And I do the same thing. People can talk about you all they want but don’t let it affect you. But, apparently, it did,” Davis said. “Emotionally, socially, it really affected him. If I would’ve known it was going to go this far, I probably would’ve said, ‘Jamari, we’ll just deal with the consequences, you hit them back! Don’t allow them to disrespect you like that by throwing items at you or tripping you in the hallway.”

Davis believes violence is never the answer but when it is a last resort, she understands why it could be necessary. She hopes that the foundation she has created in her son’s name will help prevent bullying and its impacts on other children in Alabama and beyond.

Davis said the goal of The Jamari Terrell Williams Foundation is to save lives. Her son was known as a tender-hearted child. He once gave one of his dance trophies to a girl who didn’t win one because he didn’t want to see her cry. It’s that giving spirit that has inspired Davis to make a difference in the lives of other children by donating Christmas gifts to others and randomly paying for birthday cakes for other children who were born on Williams’ birthday, Dec. 15.

The Jamari Terrell Williams Foundation has also awarded scholarships and provided resources for anti-bullying campaigns and education. For more information and to take advantage of those resources, go to https://www.jamariterrellwilliams.org/unite.