A rally was held Thursday outside the Capitol in Montgomery to draw attention to a bill to combat federal and state vaccine mandates.

The rally was hosted by Health Freedom Alabama and Focus on America, political activist groups in the state, in support of HB31, a bill designed to combat federal and state vaccine mandates, as well as providing citizens with legal protection against discrimination based on vaccination status.

According to Stephanie Durnin, the cofounder of Health Freedom Alabama, there was an increased enthusiasm for the rally after the release of Gov. Kay Ivey’s executive order.

“Ivey’s terrible executive order really mobilized people,” Durnin said. “They saw that it really wasn’t going to do anything.”

Both the website for Health Freedom Alabama and the event page for the rally have exploded since Ivey’s executive order, according to Durnin. Buses were chartered from Mobile because of the abundance of interest in the rally, and others had driven hours to attend. One attendee said that there are a lot of people in Mobile that are either threatened with losing their jobs or have spouses whose jobs are being threatened. 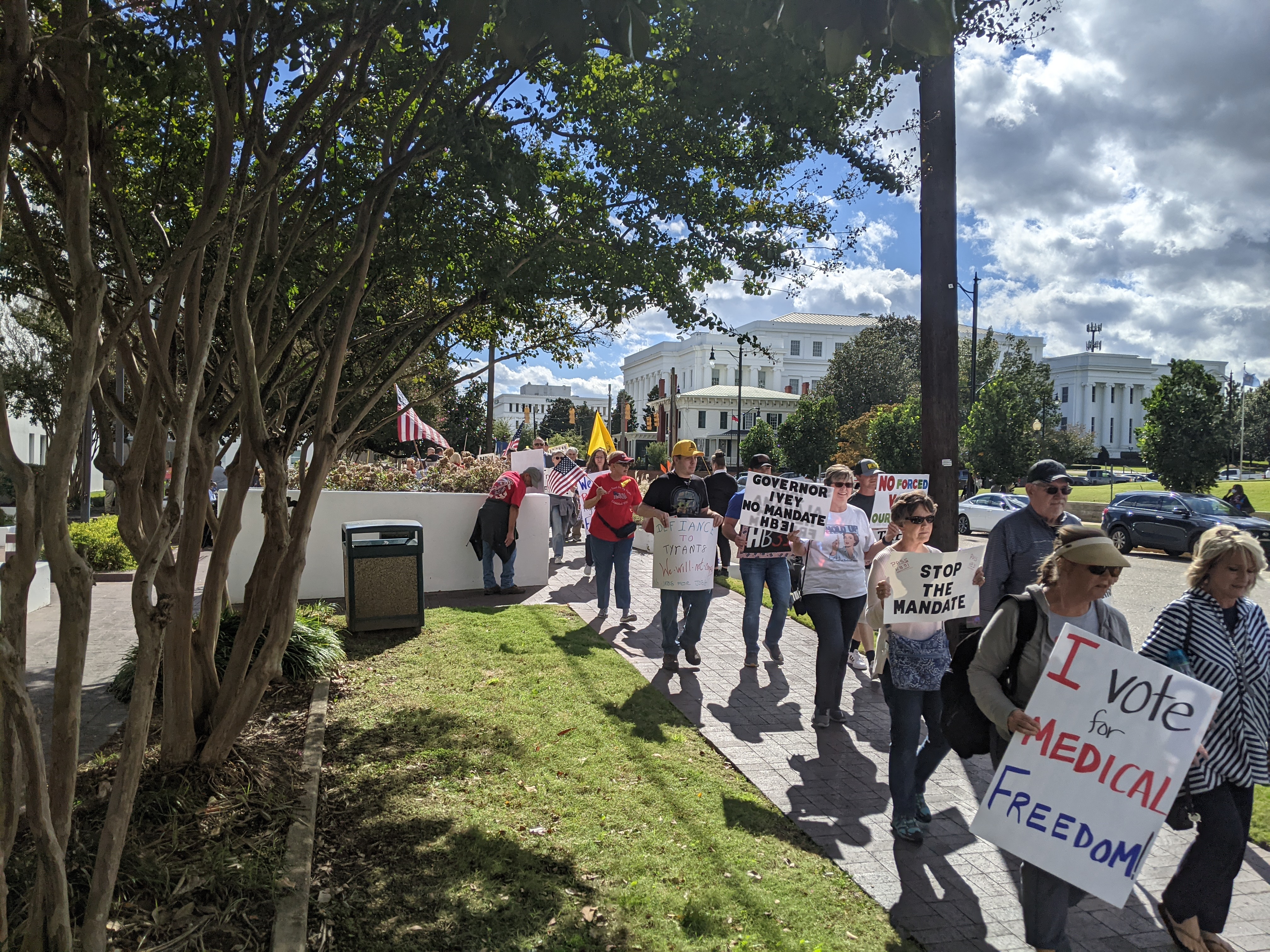 At least four legislators turned out to allow the citizens to express their concerns as well as demonstrate their desire to see further legislation that protects citizens from federal overreach. Among those that were mingling about the crowd was Rep. Andrew Sorrel, R-Muscle Shoals, a co-sponsor of HB31. Sorrell said he was impressed with the amount of people who attended the rally.

“I’m excited, really excited,” Sorrel said. “I wish [the legislators] were dealing with some medical freedom stuff today, but we’re not.

“I’m really disappointed we’re not dealing with [HB31] in special session.  We should be. I mean, the people here today are evidence of where the base is on this issue.”

HB31 is not on the call for this special session, but the legislature has the power to vote to put it on the call with the vote of a two-thirds majority.