Title IX is under threat as new gender norms have become a part of college athletics that allow transgender women to compete against biological females.

As a part of the Education Amendments of 1972, Title IX forbids sex-based discrimination in federally funded education programs.

The requirement extends to athletics. However, if transgender women dominate female sports, Title IX's effect on collegiate athletics could be negated.

During an appearance on Mobile radio FM Talk 106.5's "The Jeff Poor Show" on Tuesday, U.S. Sen. Tommy Tuberville (R-Auburn), who formerly served as the head football coach at Auburn University, Texas Tech University, the University of Cincinnati and the University of Mississippi, addressed why Title IX needed to be protected.

He also questioned why women's groups have been silent about Title IX.

"You and I know that Title IX is and has been a huge success for our country," Tuberville said. "It has given young girls, older girls, an opportunity to be involved in athletics. Basically, what Title IX said is you've got to be fair. Whatever men get, women get. We've really increased the number of young women who have gotten into sports, who have gotten an education through sports, leadership skills -- it teaches them to compete. Now, all girls [haven't] gotten into sports, and all guys haven't gotten into sports, but it has been a huge success. Now, the left and the people that I am very discouraged with is the women's groups. Over the years, the women's groups were very adamant that women get the same rights. But where are they?

"Joe Biden said a few months ago, 'In April, I'm going to announce some things that we need to do for Title IX.' He hasn't done it because he doesn't want to get into this because everything he wants to propose, the left basically wants to say we want boys to be able to play in women's sports, that we don't need to call women 'women' and men 'men.' We're all one gender. I mean, it is the absolute craziest thing I've ever seen. They've gotten themselves in a corner, Jeff, on this, and most people in this country understand that Title IX is not just great for our women but great for our country. We need to keep fighting for it."

Tuberville said that he introduced the Protection of Women and Girls in Sports Act that upholds Title IX along with Sen. Mike Lee.

"We're going to continue to fight for it.," said Tuberville. "We're going to fight for young girls. And just to tell you this -- 50 years ago, 3% of the young girls in this country were actually involved in some kind of sport in high school. Now it is over 50% -- a huge success. The left, they can't deal with success. They want to tear their own success down, in which they were a part of this Title IX. But again, the women in this country need to stand up and say enough is enough. Let's keep this the way it is. Let's keep this transgender craze out of Title IX. Let's continued to do what we're doing, do things that are good for young girls and young women across the country." 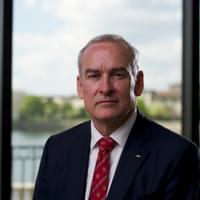