Rise to the moment of truth Sunday, October 2, 2022
News Politics

Tuberville rips NCAA over Title IX, transgender athletes – 'They won't take a side'

Wednesday, U.S. Sen. Tommy Tuberville (R) took to the nationally syndicated "Rick & Bubba Show" to commemorate the upcoming 50th anniversary of Title IX, which he credits for the expansion of female sports at the grade school through collegiate levels.

Alabama's junior U.S. Senator warned the Biden administration was poised to water down Title IX in the name of promoting transgender athletes, which he argued would be detrimental to women's sports.

However, Tuberville also said the NCAA, the governing body of collegiate sports, could show leadership in preserving Title IX as it is currently constituted, but will not.

Tuberville blamed a "woke" environment for the NCAA's lack of action.

"[T]he group that's at fault here other than the federal government is the NCAA," Tuberville said. "The NCAA has no guts. A few months ago, they came out and addressed this situation and basically said to all the sports across the NCAA, 'You make your own decision. We're not getting involved in this because we're woke. We don't want to hurt anybody's feelings. We want to keep our multimillion-dollar jobs here.'

"You look at this NIL [name, image, likeness] deal. Same thing -- they won't take a side on that. So, you know, we have no leadership anymore. Nobody wants to make a decision because they're afraid they're going to hurt somebody's feelings. We better start hurting people's feelings, or we're going to lose the country that we all grew up in that we know is the greatest country on the face of the earth. This is just another ax-swipe at the log to knock another chip out to transition this country to something that it's not." 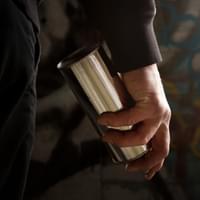