Charlotte, Florida Atlantic, North Texas, Rice, UAB and UTSA will officially join the AAC on July 1, 2023. Each of those schools, all now in Conference USA, had their applications for membership into the AAC approved last October.

The AAC will compete as a 14-team league in football, and in men’s and women’s basketball, after the transition next summer. That will come at the same time current members Cincinnati, Houston and UCF depart to become members of the Big 12 Conference, which is also adding BYU.

The six new schools will put the AAC membership at 15 at the start of the 2023-24 academic year. They will join East Carolina, Memphis, Navy (football only), South Florida, SMU, Temple, Tulane, Tulsa and Wichita State (basketball and Olympic sports only).

“We have already seen the investment and commitment that these institutions have made as they prepare to compete in the [AAC], and, together with our accomplished incumbent institutions, the conference is assured of many years of championship-level competition as part of a bright future that will build on the extraordinary legacy of the past decade,” Aresco said of the incoming members. 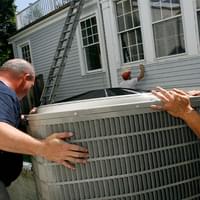