Alabama #2 producer of catfish in America

Catfish is a southern staple that can be found on thousands of plates throughout the state in summer cookouts and barbecues.

Not only is Alabama ranked among the largest consumers of catfish, but it is also one of the largest catfish-producing states in the nation.

According to the Alabama Cooperative Extension System (ACES), Alabama is the second-largest producer in the nation, coming just behind Mississippi.

“The high concentration of clay in the soil makes the region a great place to build ponds that hold water well,” Roy said. “The state’s long agricultural history and warmer climate also make Alabama a desirable place for catfish farming. Alabama is home to 66 catfish farms, with more than 15,000 water acres of ponds. Hale, Dallas, Greene, and Perry counties produce the most catfish in the state.”

Catfish farming and production function very much the same way as other animal cultivations.

“Producers purchase catfish fingerlings from fish hatcheries in Mississippi and Arkansas,” Roy said. “There are no commercial catfish fingerling hatcheries in Alabama. The fingerlings are stocked in ponds at near 7,500 head per acre. Once stocked, they receive a high protein diet for one to two years. Aeration is important, and farmers often use electric or PTO-driven aerators to ensure proper oxygen levels in the water.”

Once the fish reach an optimal size, typically between 1.5 and 2 pounds, they are harvested with large nets, transported to a processing plant, and finally make their way into a restaurant or grocery store.

“The catfish industry is green and sustainable,” Roy said. “Most catfish food is plant-based, and the fish is packed with protein. It’s also a long-standing southern tradition.”

While they were traditionally an exclusively southern delicacy, known as a “poor man’s fish,” catfish has become popular nationwide.

The pleasant flavor and texture of the fish, combined with its nutritional value, have seen this obscure delicacy on the plates of home cooks and celebrity chefs alike.

Although catfish is traditionally fried, many higher-end restaurants are serving it also pan-seared, grilled, or baked. 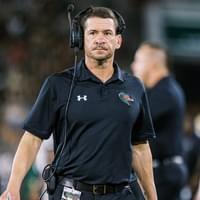