Rise to the moment of truth Thursday, December 8, 2022
Features

America’s ‘Next Giant Leap’ from Alabama: NASA’s most powerful rocket ever built

ORIGINS OF A TRADITION

Beginning in 1958, Redstone Arsenal Army engineers in Huntsville were the pioneering rocketeers that America turned to after the Naval Research Agency Vanguard rocket blew up on the launch pad during an attempt to answer the 1957 Soviet Sputnik satellite that had caused a wave of fear to sweep the nation. Huntsville responded brilliantly, developing the rockets that sent the first U.S. satellite to orbit, the first NASA astronaut into space in 1961, the first man on the moon in 1969, the first American space station in orbit in 1973, and then America’s 30-year workhorse, the Space Shuttle, which served the nation from 1981 until 2011.

Following a long hiatus that began when the final Space Shuttle launched in 2011, Alabama will soon lead the way again as the nation returns astronauts to the Moon for the first time in half a century. A new Huntsville-team-managed rocket, one even more powerful than the towering Saturn V Moon rocket that tourists can see through their vehicle windows as they drive along the Interstate 565 spur in Huntsville, will be the heavy-lift workhorse of this nation’s grand plans for a sustained effort in space exploration that will take astronauts to the Moon, Mars, and beyond. 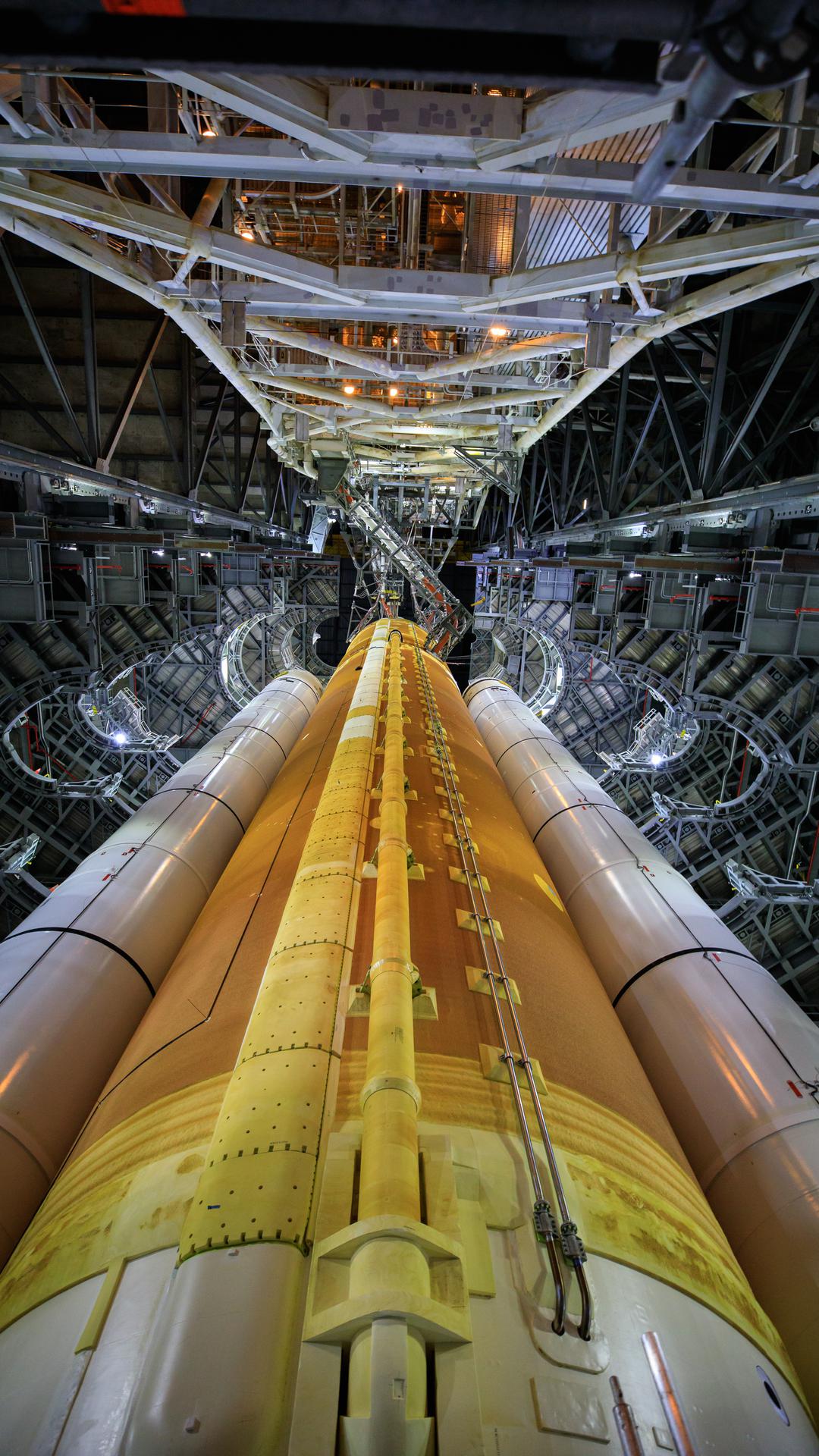 The new rocket, currently scheduled for an uncrewed Moon launch early next year, is called the Space Launch System, or SLS for short. The new NASA exploration program is called Artemis and Boeing is the prime contractor for the design, development, test, and production of the SLS core stage and production of SLS. The first test flight for NASA’s Artemis exploration program has been officially designated as Artemis I, previously known as EM-1 (Exploration Mission 1). Artemis I is the first in the series of launches for America’s new flagship rocket and crewed spacecraft called Orion.

Unlike the Space Shuttle with its squat cluster configuration, consisting of the white and black Space Shuttle Orbiter, the big orange external tank, and two long white Solid Rocket Boosters mounted side-by-side, the SLS for EM-1 is a very muscular but slender appearing, 322-foot-tall inline rocket. SLS has two expanded and improved Solid Rocket Boosters on either side of its orange core stage and the upper stage for this first launch will be a reliable “interim stage” built here in Alabama at Decatur’s United Launch Alliance (ULA) plant. The new Orion crew spacecraft will be mounted above an adapter mounted atop the ULA Interim Cryogenic Propulsion Stage.

Contractors and subcontractors from 44 states are providing Marshall Spaceflight Center and corporate contractors in Huntsville with parts, subsystems, software, and other items needed to complete the final assembly of SLS inside the massive Vehicle Assembly Building at the launch site at Kennedy Space Center, Florida.

NASA public relations has historically used relatable superlatives to boast about the power and size of its rockets. Things like how many school buses a rocket can carry or how much taller a rocket is than some landmark, like the Statue of Liberty, really sound impressive and create vivid mental images for us, but superlatives aren’t necessary when we examine the raw numbers in the list of SLS specifications. The Artemis I version of SLS is 322-feet tall, which is indeed taller than the Statue of Liberty, and it can carry a couple of school buses into orbit, but nothing is more impressive when you read that this skyscraper-tall rocket will rise from the Earth on an 8.9 million pound thrust column of fire! That’s how much lifting power the two lengthened and improved Solid Rocket Boosters and four RS-25 liquid-fueled rocket engines of 5.75-million-pounds of thrust the SLS provides.

We can look forward to the even more spectacular launches of the full-up version within the next few years. A major upgrade, called the Block 2 version of SLS, will have 9.5-million-pounds of thrust and will be 365-feet tall. That height of 365-feet is the de facto limit for rockets assembled inside the Kennedy Space Center Vehicle Assembly building due to the dimensions of that building’s huge doors. 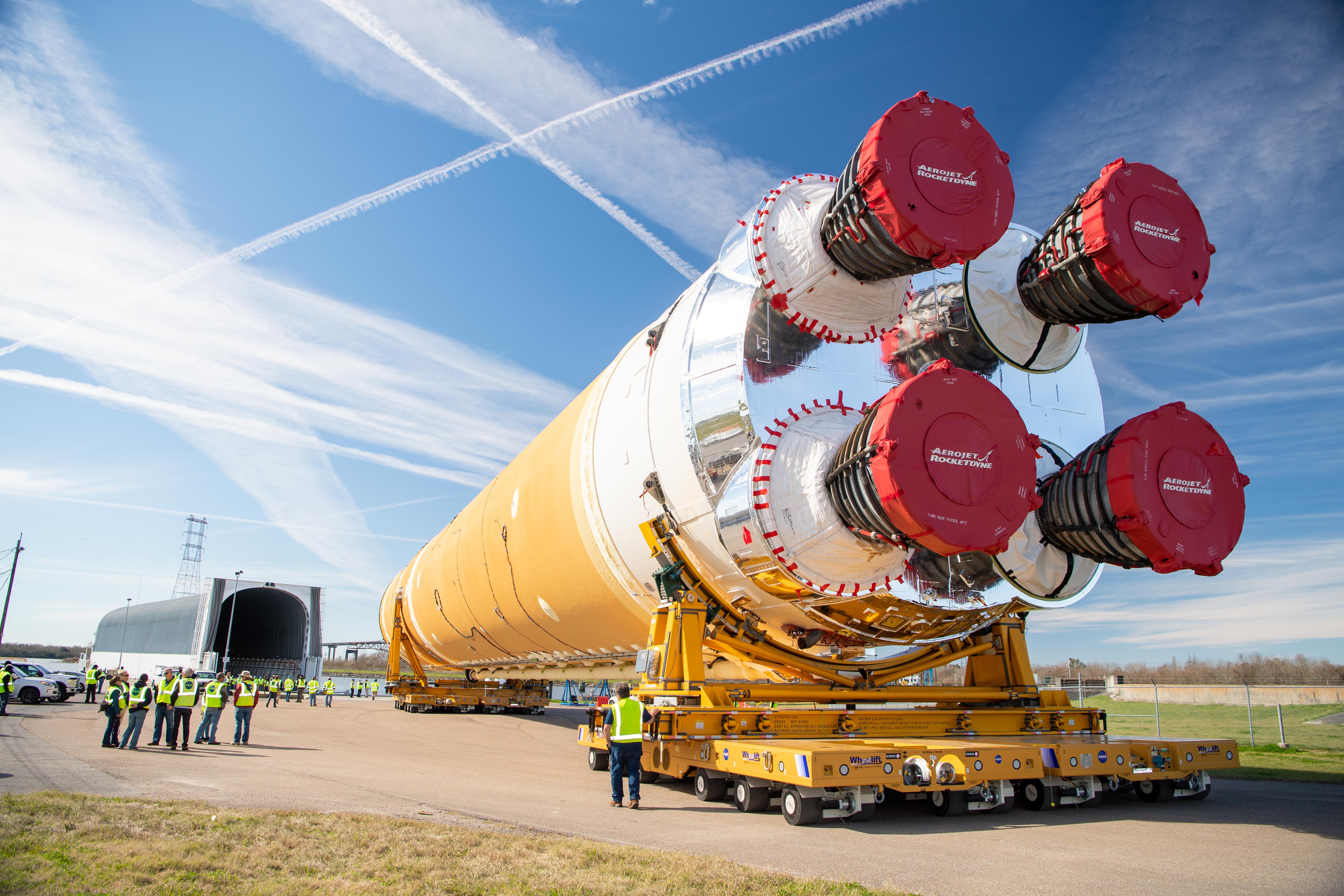 The projected launch date is Feb. 12, 2022, although that could be pushed back considering that this is the first time that millions of components, complex software, and the Artemis team are all coming together for a complete mission.

Whereas speed was a primary objective back when Apollo contractors were developing and building the Apollo Saturn V rocket as quickly as possible in order to beat the Soviets to the Moon during the 1960s, there is no Presidential declaration or deadline to beat a foreign power to Earth’s nearest neighbor in space this time around. This time, safety requirements are a top-shelf priority, although national space policy directs the NASA and industry team to have the Artemis space vehicles ready for ambitious deep space missions by 2025. Engineering teams are working with tens of thousands of pages of safety documents that the engineers of Apollo and the so-called New Space commercial launch companies of today don’t have to deal with. NASA does not want to see another tragedy like the deadly 1967 Apollo launch pad fire or the Space Shuttle Challenger and Columbia incidents.

The overall objective of Artemis I is to prove that the entire concept behind the SLS system, the Orion spacecraft, and mission concepts is sound. The mission will be a series of unprecedented accomplishments, each one of them essential to moving forward with plans to send astronauts around the Moon on the subsequent SLS launch in 2023. The Orion spacecraft, which sits mounted at the top of the SLS at launch, was developed under the guidance of the Johnson Space Center in Houston, Texas. It will be launched on a 26-day mission that will take it around the Moon for six days before returning to Earth and splashing down in the Pacific Ocean after it slams into the Earth’s atmosphere at about 25,000 miles per hour.

While on its way to the Moon, the awesome power of the SLS will also boost 10 secondary payloads from NASA launch service customers in the form of smaller “CubeSats”, some of which will give Alabama’s rocket engineers more firsts in space history. The CubeSats will be deployed sequentially from the second stage adapter in order to carry out their own unique mission plans. 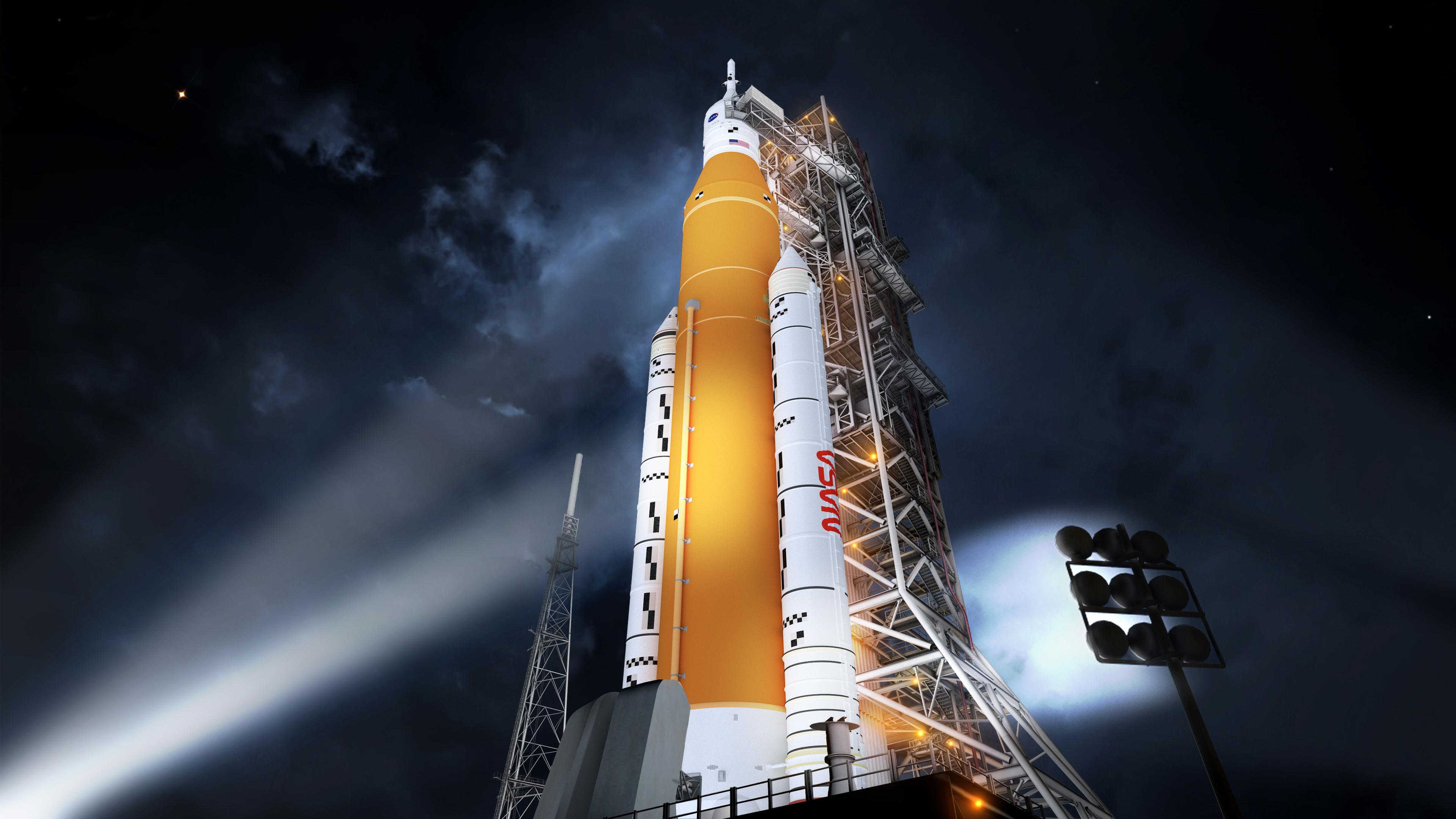 One of the CubeSats will turn an old science fiction concept into reality if all goes well. For the first time in history, a solar sail will be used to provide propulsion for a space probe. The Near-Earth Asteroid Scout CubeSat will use its solar sail to catch the ceaseless solar wind to accelerate it to an encounter with an asteroid during a planned two-and-a-half-year mission that will prove the concept of solar sail-powered craft as well as greatly improve our knowledge of asteroids that are one football field or less in size. We know very little about most of the asteroids in that size range and the Near-Earth Asteroid Scout will help us understand better how much of a threat those space rocks pose to our Earth as well as the space assets they could potentially collide with while they zip through space at tens of thousands of miles per hour.

Another interesting CubeSat was paid for by the Japanese space agency JAXA and it will make Japan the fourth nation in the world to land a robotic probe on the Moon. Japan will join the United States, Russia, and China as lunar explorers when its OMOTENASHI scientific probe makes a glancing seven-degree angle or less, inflatable airbag cushioned landing at about 44 to 60-miles per hour. OMOTENASHI will be the lightest and smallest lunar probe in history. 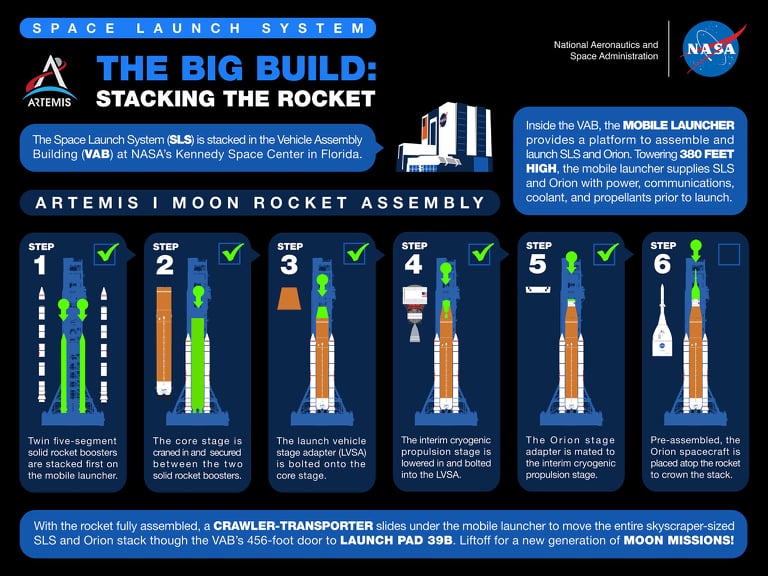 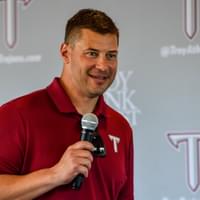