In April, Gov. Kay Ivey signed VCAP (SB184) into law, which prohibits doctors in the state of Alabama from performing transgender operations or prescribing cross-sex hormones and puberty blockers to individuals under 19.

VCAP went into effect on May 8 but was blocked by U.S. District Judge Liles Burke a few days later. The injunction by Burke came after multiple parties added themselves as plaintiffs in the case, including the United States of America and Kaitlin Toyama, an Attorney-Advisor with the civil rights division of the DOJ.

At the federal courthouse in Montgomery, attorneys for the state and the plaintiff gave arguments before a three-judge panel of the Eleventh Circuit Court of Appeals.

Judges Andrew L. Brasher, Barbara Lagoa, and J.P Boulee, who joined via video call, listened to arguments from both sides to determine if Burke's injunction would stand.

The named civil plaintiff in the case is Paul Eknes-Tucker, a pastor at Pilgrim Church of the United Church of Christ.

Lawyers for the plaintiff claim, among many things, that the VCAP violates the equal protection clause of the U.S. Constitution since it discriminates based on sex. Since medicinal interventions, such as hormone blockers, testosterone, and estrogen are available to adolescents to treat other medical conditions, and the VCAP only bans those interventions in cases of the person taking them attempting a gender change, the plaintiffs argue the VCAP is inherently sex discriminatory.

The equal protection argument from the plaintiff was the "strongest" argument, according to Judge Brash.

Alabama's Solicitor General Edmund LaCour, who represented Alabama, argued that the state had had broad control of specific aspects of healthcare, especially when the interventions are "experimental" and contain serious health risks.

Although both parties are expected to be prepared for trial in the Fall of 2023, Lacour asked the Court to dismiss the claim with prejudice based on the merits of the state's case.

"[I]ndeed, the risks from these treatments are numerous. They include diminished bone density, increased risks of cardiovascular disease, stroke and diabetes – and what the District Court noted in page three of its preliminary injunction opinion – loss of fertility and sexual function. The plaintiffs and the United States think that these are acceptable risks for children to face, and the state disagrees.

Quoting a Supreme Court ruling in Whalen v. Roe, which involved a state requiring documentation of certain prescription drugs, LaCour made a case for precedent in policing medical practices, where the Court ruled, "The state has broad police powers in regulating the administration of drugs by the health profession."

"The law on its face does not discriminate between transgender minors and cisgender minors," LaCour continued. "It targets only certain dangerous chemical and surgical interventions. So any child, trans or not, can use puberty blockers to treat precocious [early] puberty or use hormones to treat an endocrine disorder. But no child, transgender or not, can use these drugs to effect a cosmetic sex change. The benefits just don't outweigh the risks."

The judges inquired why the state was not offering a "tailored" system by which medical professionals could use discretion in providing surgical and chemical interventions in transgender youth.

"There's not good evidence that these [interventions] are actually helping anyone," LaCour retorted.

Jeff Doss, attorney for the private plaintiffs, took the podium to criticize the state's position in the case, saying it was "unprecedented" for a state to attempt to "criminalize the standard of care for a medical condition."

"In doing so, the state has violated a parent's fundamental right recognized by the Supreme Court for more than 100 years, to make decisions concerning the care, custody and control of their children," Doss said. "The state has substituted its judgment for that of parents in consultation with their treating physicians, to decide what is in the best interest of their children by weighing the exact risks identified by the state of Alabama against the recognized therapeutic benefits that the evidentiary record has revealed."

Judge Brasher seemed to dismiss most of the Supreme Court precedents offered by Doss since two were compelled education cases, and another involved a workplace claim.

Judge Lagoa asked Doss if parents had the right to demand other experimental care from physicians based on the plaintiff's argument.

The subject of detransitioners – those who undergo gender transitions and later regret that decision – was brought up by Judge Lagoa.

"You don't see that that is a valid concern?" Lagoa asked. "That there are detransitioners and that they do have stories where they were not advised what the treatment entailed and what the repercussions would be?"

Doss disregarded the detransitioning statistics offered by the state, claiming the statistics only applied to those who expressed gender nonconformity before puberty, not after.

"[T]he evidence presented to the District Court, your Honor, was, once they hit puberty, the likelihood of detransitioning was very, very, very, very, very low," Doss said. "Like I don't even know if it was recognized as a risk," Doss rebutted.

Barbara Schwabauer, the attorney representing the United States, took the podium to speak in favor of maintaining the injunction but spent most of her time attempting to justify the position of the United States as a plaintiff in the case.

Brasher asked why the U.S was joining as a plaintiff in the case and what relief the U.S was attempting to obtain.

"The Government has an interest when equal protection rights are an issue," Schwabauer said. "…Our interest is broader than the individual plaintiffs' claim. That's why, more broadly and for that reason, the scope of the injunction gives complete relief to the United States."

Judge Lagoa echoed Brasher in questioning the statute by which the U.S was deciding to act as an intervener in the case.

"It's a little confusing that the government is here as an intervener against a state," Lagoa said. 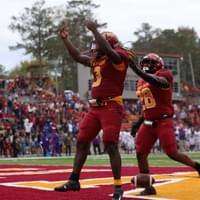