Rise to the moment of truth Friday, August 12, 2022
Features

In its 41st year, the festival features some 250 events in restaurants and other venues both indoors and outdoors throughout the Shoals region of northwest Alabama.

“People ask me about it all year long,” festival chair Tori Bailey said of the annual event.

The festival, which honors Florence native and “Father of the Blues” W.C. Handy, offers a variety of music and events through July 31.

In fact, it even included a sort of Handy Festival Eve celebration Thursday night with the inaugural Handy Block Party and Karaoke Idol at FloBama restaurant. The festival includes numerous daytime events as well as Handy Musical Nights at various restaurants and other venues.

“We really appreciate all of our Handy patrons, and a lot of restaurants are among our patrons,” Bailey said.

She said 30,000 Handy brochures have been printed. They can be found at various locations throughout the Shoals, and Handy T-shirts are on sale for $20, with T-shirts from previous festivals available at discounted prices.

Dee Lucas is the headliner for this year’s festival, which starts at 7:30 p.m. on July 30 at the University of North Alabama’s Norton Auditorium. Tickets are $20 for general admission and $30 for VIP seating.

“It’s a new event for us and that's big for us,” Bailey said. “The lineup includes some hitmakers who have charted at the top of the charts.”

Sunday featured a key event at the W.C. Handy Home and Museum front lawn. This traditionally has been known as the opening ceremonies, but beginning this year it is called the Official Handy Sunday Ceremony since the festival has expanded over the years to include the entire weekend as its opening. 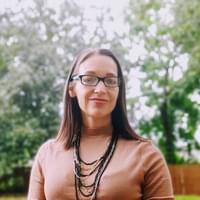