Last week, the Alabama Legislature held the second in a series of informal budget hearings aimed at determining how inflation and the possibilities of a recession are impacting state agencies. Much like the first hearing, the general theme was that inflation is increasing the day-to-day operating costs of agencies and contributing to a shortage of workers.

So, what is the solution to the perceived inflation problem?

If you only listened to the officials presenting their case to legislators last week, you would think more funding is the answer. In reality, the current period of record inflation is temporary. Government spending increases tend to be permanent, leaving you the taxpayer on the hook to pay for the expansion of government.

There is no doubt that inflation is hurting many Alabamians right now, whether they are public or private sector employees or business owners. In June, inflation rose to 9.1% year over year, with record high gas prices being the underlying cause.

But no one expects that trend to last. The Congressional Budget Office projects that inflationary pressures will begin to ease later this year and fall to 3.1% in 2023. From 1960 to 2021, the average annual inflation rate in the United States was 3.7%.

It is also important to recognize that the current rise in inflation was caused by the actions of the government, which pumped $4.5 trillion into America’s economy through COVID-19 stimulus legislation. The government is now attempting to correct the problem through monetary policy, namely interest rate hikes.

Alabama Department of Mental Health Commissioner Kimberly Boswell spoke about how inflation is impacting her agency, saying that some employees had been forced to work second or third jobs to make ends meet. For the agency, this means that there are fewer workers willing and able to work overtime at the state’s mental health hospitals. The agency’s biggest need is for more nurses and mental healthcare technicians.

But is inflation really the cause of the problem?

Though the COVID-19 pandemic highlighted America’s nursing shortage, it began in 2012 and is expected to continue through 2030. The inflation rate was approximately 2% in 2012, meaning that inflation didn’t cause the shortage.

The more important factor may be supply and demand. Nurses are currently in high demand. In general, nurses have a higher earning potential and greater flexibility when working in a private or for-profit healthcare setting, as opposed to working for a state agency.

Boswell acknowledged these realities while speaking to the legislature, saying “What people are really looking for is flexibility.” Traditionally the Department of Mental Health has not hired part-time workers or allowed employees to have more flexible work schedules. In today’s post-pandemic work environment, those factors may be just as, if not more, important than salary. Boswell said that “we at this point are considering looking at part-time employees as well as multiple flexible schedules so we can attract the folks that are looking for that flexibility.”

Inflation has nothing to do with wanting a more flexible work schedule. And while the salary discrepancy between public and private sector jobs may play a role in shortages, the state is already taking steps to retain its workforce.

The fiscal year 2022-23 enacted state budgets included permanent pay increases, at an annual cost of nearly $400 million to taxpayers, for all state employees. In addition to those already approved pay raises, in June, the State Personnel Board amended its pay schedule to add four new steps to the top of the pay scale for most state jobs. This means that some employees could see an additional 10% raise in two years, outpacing inflation and private sector wage growth projections.

At last week’s budget hearing state officials also addressed how inflation is impacting capital construction projects, saying that it has increased costs by about 25%.

This should not come as a surprise to anyone. The legislature approved a $1.25 billion bond issue for school construction projects in May of 2020, the height of the pandemic. Construction prices were already on the rise. The legislature enacted $750 million in supplemental appropriations, mainly for more capital projects at Alabama schools, during the 2022 regular legislative session. Inflation was more than 8% when that bill was passed.

In the meantime, Alabama’s government took more taxes from you and spent more of your money than ever before. Tax revenues are expected to continue to boom this year. Our government doesn’t need to spend more money to fight inflation. It needs to be a better steward of what it has already taken from us.

Inflation is a temporary problem, created in no small part by the government. It is not a reason to extend the unprecedented expansion of state government. The lagging impacts of inflation will continue to hurt workers for several years. Shouldn’t the government have to share in the pain felt by so many Alabamians? 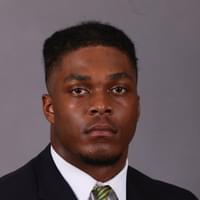