While the Alabama legislature continues to debate permitless carry, other states have passed similar laws with little to no increase in violent crime, despite opponents arguing that it would be the result.

Permitless carry, also called Constitutional carry, refers to laws that allow the citizenry to carry a weapon concealed on their person or vehicle without having to procure a permit, which carries a fee.

Despite no statistics showing an increase in the violent crime related to a state passing permitless carry, opponents continue to claim that removing the permit requirement will increase the instances of violent crime.

Mississippi passed a permitless carry bill in 2016, with some location restrictions still available. Mississippi also offers an “Enhanced Permit,” meaning that you can carry a concealed weapon in a law enforcement station, courthouse, and even a courtroom while court is in session. Mississippi still offers permits for interstate reciprocity.

However, Sheriffs do not issue permits; that is handled by the state.

Troy Peterson, a Sheriff in Harrison County, Mississippi, says there has not been a noticeable increase in crime in his county since the state legalized permitless carry in 2016.

“You’ve got good guys and bad guys,” Peterson said. “Your good guys are going to tell you that they’re carrying a gun. Your bad guys aren’t, obviously. From that perspective, nothing’s really changed. Mississippi has always had a law where you can carry in your car, in your vehicle as part of your household, so based on that, it hasn’t really changed anything as far as a traffic stop goes. People in the public, we [are] a strong second amendment state, so it really hasn’t changed anything from a law enforcement perspective. I don’t know that it’s changed much at all.”

House Bill 272 is the latest version of permitless carry to be considered by the House. It replaced both House Bill 6 and HB66 to address some of the concerns brought by the business community and others. HB272, HB66, and HB6 are all sponsored by State Rep. Shane Stringer (R-Satsuma).

The Alabama Sheriff’s Association has been the most prominent opponent of permitless carry bills in the state and has been for years. On Tues, Feb. 1, a large assembly of Alabama Sheriffs and other law enforcement took to the state capitol to speak out against the bill.

Peterson, unburdened by the requirement to issue permits, says that he understands

“I guess I kind of get from the public’s perspective that they would say that the [sheriffs] could make money off it, but we looked at that two or three years ago by putting it in the state’s hand because I personally don’t want to issue permits,” Peterson said

Alabama Sheriffs have stated that checking for pistol permits is another tool they can use during traffic stops to arrest criminals when no other evidence of a crime is present.

“Imagine a situation, and this has happened numerous times across the state, where if you stop a car and you encounter three or four people, and they have firearms, and they don’t have permits, and a felony has been committed in some way, then you can do something about that,” said St. Clair County, Alabama Sheriff Billy Murray “But if it’s going to be where there is no background check, and you are not able by law to restrict felons or restrict people who can currently have a permit, then what can you do? You can’t do anything. So, I think it is a huge safety issue for us not to be able to vet and let the current system do what it’s intended to do.”

While he can see where Alabama Sheriffs are coming from, Petterson stated that he had not seen a decrease in lawful searches in his county.

“We strictly work off of probable cause here,” Peterson said. “If you make a traffic stop and you hear somebody banging on the side of the trunk, then you have [probable cause] to go inside the vehicle because there’s somebody locked inside the trunk. Or, if you see something in plain view, it gives you that authority to take the investigation further. But, for a normal citizen that has no criminal history, no traffic stops, no tickets, no nothing, for him to have a gun in the car, I don’t see where you would need to go further. We focus on the bad guys and focus on the people we need to focus on. We don’t focus on our normal citizens. It just goes by probable cause and criminal history. I get what they’re saying, and I understand what they’re saying. I’m not going to say they’re wrong, but I’m just saying there’s a lot of different ways to look at that situation.

1819 reached out to other sheriff’s offices in various permitless carry states. The other sheriffs either refused to comment or did not respond. 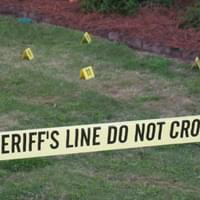 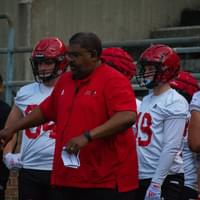 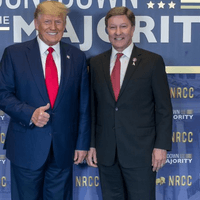 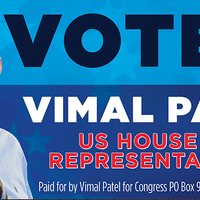 Vimal Patel is running for Congress in District 2 Read now →