The American Conservative Union released the results of its 2021 scorecard with ratings based on votes taken by the members.

Given the Democrats' control of both chambers, scoring was mainly based on opposition to legislation that included economic, environmental, fiscal, social and voting issues.

Leading the way, with a 97-out-of-100 score, was U.S. Rep. Mo Brooks (R-Huntsville), who is also running for Alabama's U.S. Senate seat up in November. 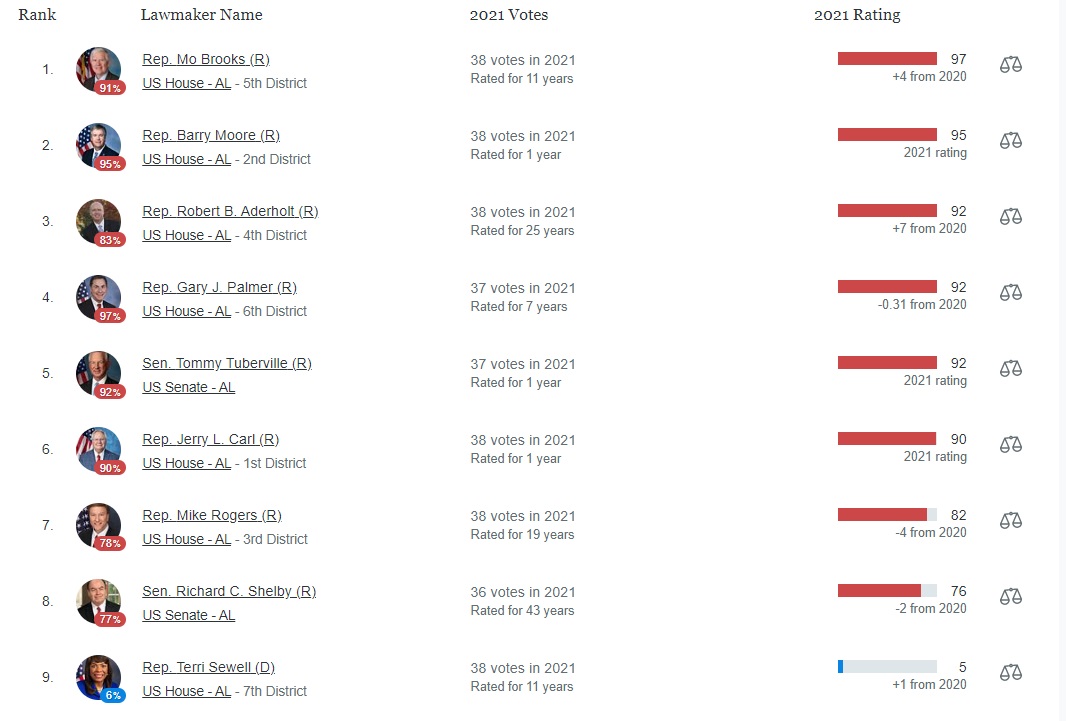 In addition to that, lawmakers earning a score of 10% or lower qualify to be a part of the ACU's Coalition of the Radical Left.