The city said the inspection found “an emergency situation requiring immediate closure of the Premises in order to secure those facilities and prevent harm to the health, safety, and welfare of any occupants, employees, or other citizens.”

The city notified the owner of the Travelodge about multiple “violations of codes and ordinances, dangerous conditions, structural issues,” the declaration stated.

Details on those dangerous conditions were not disclosed in the declaration. However, several complaints have been recorded on Google Reviews, including complaints about bedbugs, cockroaches, black mold, cat urine and other unsanitary conditions. The hotel has a 2.9 out of 5 stars rating. Trip Advisor users gave the hotel a 44% “terrible” rating, with similar complaints.

The emergency declaration was signed on August 22 by Waters. The city council will take up the matter at its next meeting on September 5.

A call to the Travelodge from 1819 News was unanswered. The hotel’s website touts its location close to Verizon Wireless Music Center, Oak Mountain State Park, Alabama Adventure and the Talladega Superspeedway. 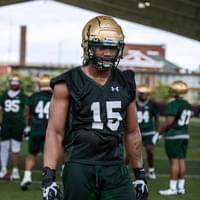