Stephen Covey often spoke of how leadership development has changed. He said that all the relevant literature on leadership that was written from 1776 to 1925 emphasized the importance of character. It focused on “The Character Ethic” as the foundation of success, with emphasis on character traits such as humility, integrity, fidelity and courage. Covey says that the character ethic “taught that there are basic principles of effective living, and that people can only experience true success and enduring happiness as they learn and integrate these principles into their basic character.”

He says that he then began to notice a shift in the literature about leadership and success. He says “I began to feel more and more that much of the success literature of the past 50 years was superficial. It was filled with social image consciousness, techniques and quick fixes.”

I believe that we are seeing how the loss of this “character ethic” as Covey calls it, is playing out in the lives of the business and political leaders today.

Several years ago, an article appeared in the Harvard Business Review on why leaders in various business organizations fail. The core data came from a study that revealed the four primary factors that brought about the failures of those senior leaders:

I believe the underlying reason these leaders encountered failure could be summed up by these words from the study: feeling and acting as if they were superior to all others. If you think you are superior to all others in your organization, you will find yourself believing that you can treat people however you want, sleep with whomever you choose, and spend the organization’s money at will. Basically, you believe you can do whatever you want.

This is what arrogance does to a person’s life and is what makes people weak and ineffective leaders. What makes it so devastating is that arrogant people are not aware of their arrogance. Others clearly see it and are repelled by it, but the arrogant person is totally blind to it himself.

A number of years ago, Jim Collins, who was a faculty member at the Stanford University Graduate School of Business, wrote a best-selling book titled Built to Last. It was based on a management study of companies he and his associates performed back in the 1990s with the intent of analyzing and demonstrating how great companies sustain themselves over time.

In studying the data, Collins came up with the idea of trying to determine if certain universal characteristics distinguished truly great companies. Using tough benchmarks, Collins and his research team identified eleven elite companies that were doing a good job and which, for some reason, produced phenomenal results for fifteen consecutive years (some of these companies included Abbott Labs, Kimberly Clark, and Nucor Steel). He and his team then sought to determine how these companies made the leap from being good companies to being great companies. He took the results of all this intensive research and wrote what would come to be one of the best-selling business books ever published, Good to Great.

What I find interesting is that Collins said he gave his research team explicit instructions to downplay the role of top executives. He did not believe that the business community needed another book on leadership. Although he had insisted they ignore the role of the company executives, the research team kept pushing back. They soon came to recognize something very unusual about the executives in these good-to-great companies.

They went back and forth until, as Collins put it, “the data won.” They recognized that all the executives from these good-to-great companies were cut from the same cloth. They all were what he called “Level 5 Leaders.”

Collins wrote, “Level 5 Leaders are a study in duality: modest and willful, humble and fearless.” These good-to-great leaders never desired to be celebrities or to be lifted up on a pedestal. Collins declared that they were “seemingly ordinary people quietly producing extraordinary results.” What Collins and his team of researchers clearly observed is that a Level 5 Leader builds enduring greatness through the paradoxical blend of personal humility and professional will.

I truly believe the greatest character trait a leader can possess is humility. We will take a close look at this in next week’s blog.

*If you are interested in this topic, Richard writes about this extensively in his book: The True Measure of a Man.

Richard E. Simmons III is the founding director of The Center for Executive Leadership, a faith-based ministry in Birmingham, Alabama focused on counseling businessmen and professionals. His column appears every weekend in 1819 News. Richard is the best-selling author of The True Measure of a Man, Reliable Truth, and The Power of a Humble Life. His newest book, an Amazon best-seller, is Reflections on the Existence of God – a series of short essays seeking to answer life’s most enduring question: Does God exist? You can find Richard's weekly blog, podcast, and more at richardesimmons3.com . The views and opinions expressed here are those of the author and do not necessarily reflect the policy or position of 1819 News. To comment, please send an email with your name and contact information to Commentary@1819News.com. 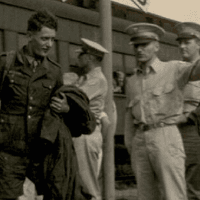