Rise to the moment of truth Friday, December 2, 2022
Sports

Following Alabama's dominating win over Mississippi State on Saturday, Alabama head football coach Nick Saban explained why he decided not to suspend Alabama wide receiver Jermaine Burton, who was captured on video apparently striking a female fan on the head following the Crimson Tide's defeat against Tennessee in Knoxville.

Saban initially said he would not disclose details about "discipline issues." However, he suggested there were more details to the issue that were not known publicly.

"Look, I don't know how many of you have ever been in a situation like that, but I talked to him," Saban said. "He was scared. I was scared. Some of our other players were scared. I think you learn to respect other people because we have a responsibility to do that regardless of the circumstance that we're in.

"I talked with the guy. We have him in a counseling program. It's not an anger management program, as people announced today. Nobody ever said that. That's not the problem. That's not the issue. But it's about having the proper respect for other people. I didn't think it was necessary to suspend the guy. If you knew the whole story, maybe you wouldn't either, but I'm not going to divulge that."

Jeff Poor is the executive editor of 1819 News and host of "The Jeff Poor Show," heard Monday-Friday, 9 a.m.-noon on Mobile's FM Talk 106.5. To connect or comment, email jeff.poor@1819News.com or follow him on Twitter @jeff_poor. 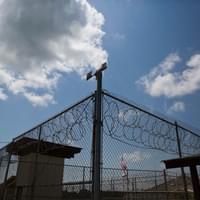