Rise to the moment of truth Saturday, August 13, 2022
Opinion

Sean of the South: South Carolina

The weather is overcast. The sky is cloudy. The air is so humid you could sip it with a straw.

Although the humidity is one of the best parts of South Carolina, it seeps into your pores, into your olfactory senses and into your clothes. And if you have curly hair, for example, you are screwed.

I’m on the road today. The wide saltmarshes pass by my windows like smudged impressionistic canvases of green and gold. The sky is a swell of grays. I see a blue heron in the distance, standing on a dead tree.

I stop at a little seafood joint. The place is surrounded by marshland grass, a wide-open sky, scattered live oaks, and roughly 8 million Chrysler Pacifica minivans. The place looks like a tourist trap on crack. But it’s getting late, so I go inside and order a beer.

She pauses a beat.

I get no respect.

She brings me a beer that’s brewed in Greenville. She cracks open the tallboy can. The brewery is called Birds Fly South. The beer is named “Days Like This.” It’s a Kölsch, whatever that means.

“It drinks pretty good,” the waitress says. “It’s one of my favorites.”

Then she hands me a menu. “You want some oysters? Just got’em in a few hours ago.”

I fold the menu closed. Because this woman is singing my culinary song. I am a Florida child. Raw oysters are my love language. Especially on Days Like This.

The waitress brings my platter of bivalves.

I shake my head. I don’t need hot sauce or fresh lemon if the oysters are good. In fact, I don’t need anything but a starched napkin and the Joy of the Lord.

Namely, because an oyster is its own work of art. You wouldn’t douse the Mona Lisa in Texas Pete’s, would you? Neither would you cover the Sistine Chapel in horseradish. No, an oyster is God’s masterstroke. And as such, an oyster must be allowed to fully express itself without being buried beneath globs of manmade effluvia.

The guy beside me at the bar is from Illinois. He says he’s never tasted oysters before. He is watching me eat the snot-like substance with a weird look.

So I slurp one, just to watch him squirm.

These are Eastern oysters, straight from the Atlantic. The East Coast oyster is a little salty. It has a coppery flavor, and strong notes of festering, rotting seaweed. They are more chewy than Florida oysters. But lighter than Rocky Mountain oysters.

“It tastes like eating gunk off the ocean floor.”

The waitress shrugs. “It ain’t if you’re from South Carolina.”

The man is evidently adventurous. He orders a half dozen on the half shell and a Days Like This beer.

I slap his back and give him an attaboy. His gastronomical bravery should be saluted. I have met too many people who proclaim they are disgusted by oysters even though they have never tried them.

The oysters arrive. Illinois pokes them with a fork as though he is expecting a tentacle to grab him.

“I heard you weren’t supposed to eat them in the summer,” he says.

“We all have to die sometime,” she says.

“But I don’t know how to eat them the right way,” he says.

So the waitress steals one from his plate without asking. She demonstrates. And frankly, I’ve never seen more competent oyster technique.

The woman takes the shell. She cups it to her mouth. She throws her head back. She slurps. Then she wipes her mouth with her sleeve and says, “Aaaaahh.”

My new friend decides to go for it. We are all staring at him as he places the grayish mucus blob onto his cracker.

He closes his eyes. He eats it. He chews. Slowly. He swallows.

And the light of Christ comes into his eyes.

The man says nothing, but it’s written on his face. He eats another oyster. And another. Until they are gone.

I leave my money on the bar and stand to leave. Because I’ve just witnessed a minor miracle.

I don’t care what you’ve heard. South Carolina is really is a cool state. But it’s even cooler on Days Like This.

Sean Dietrich is a columnist and novelist known for his commentary on life in the American South. He has authored nine books and is the creator of the “Sean of the South” blog and podcast. The views and opinions expressed here are those of the author and do not necessarily reflect the policy or position of 1819 News. To comment, please send an email with your name and contact information to Commentary@1819News.com. 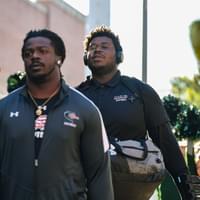