South Alabama quarterback Carter Bradley isn’t going to a place he called home for four years, but he is returning to familiar territory this weekend.

Bradley, who won the Jaguars starting quarterback position during fall camp, played four seasons at Toledo. On Saturday, he heads back to MAC territory for a non-conference game at Central Michigan.

"With Carter previously being in the MAC and playing against Central Michigan in the past, I feel it is an advantage,” said South Alabama head coach Kane Wommack. “Experience is a huge advantage. It's an advantage for us going into year two in the Sun Belt [Conference]. Our coordinators understand the expectations and know what to expect from most teams, so for Carter to have that advantage from the quarterback position is something that is a positive going into the game."

Bradley was part of four Toledo teams that played Central Michigan. He played in three of those games, including one at Central Michigan. In his three appearances, Bradley was a combined 33-of-56 for 386 yards with three touchdowns and three interceptions. The teams split the four games. Bradley did not play in last year’s game, a 26-23 Central Michigan win.

"It's exciting,” Bradley said. “I have been there twice. I started as a redshirt freshman there my first time, but I'm going in there just like any other road game. Road games are always a little more difficult. I feel like it's a great challenge for us, something I am excited about. I know that other guys will be too. So, just go into it and prepare like any other game. It's the next biggest one on the schedule, so we're excited and we'll be ready to go."

Bradley is putting more emphasis on learning and growing from his first experience in a South Alabama uniform. The 6-foot-3, 216-pound Jacksonville, Florida native was 17-of-25 for 260 yards with three touchdowns and no interceptions in the 48-7 win over Nicholls to open the season. He also rushed for a touchdown.

“I wanted to call the game to where we could be aggressive, but at the same time understand that there are a lot of new faces,” said South Alabama offensive coordinator Major Applewhite. “ I wanted to give them things they had practiced a lot and a lot of reps that they could go out and execute confidently. For Carter specifically, I wanted to call it like that early in the game. There were some things that I thought were really good. He showed great accuracy on some deep balls and got us into some things in the run game. And again, like all positions, there are two or three things that we want to look at and kill from our game, let's eliminate this from our repertoire and move on”

One thing Bradley doesn’t need to erase is his connection with receiver Jalen Wayne. The 6-foot-2, 207-pound senior from Spanish Fort had three catches for 98 yards with touchdowns of 52 and 37 yards.

"It's definitely exciting,” Bradley said. “All the things we've done in the spring and throughout summer, just trying to build a connection with him on and off the field, and to see that play out Saturday was definitely exciting. We've still got a long way to go, we are not where we want to be but we are in the right spot."

That connection will need to continue this Saturday with a tough road test and a noon kickoff.

"Winning on the road is hard,” Wommack said. “We're creatures of comfort, so knowing what to expect when you walk into Hancock-Whitney Stadium is different from a road venue. Our players know the routine at home. We try to keep our routine as consistent as we can on the road, both the night before and certainly on the day of the game with our pregame routine. Those are things that can help, but ultimately it comes down to your ability to execute regardless of the circumstance, and that's something that this program in its history has not done to the standard that we need to.” 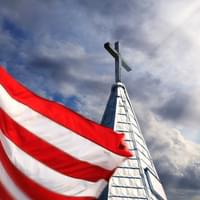