The State Legislature’s Contract Review Committee met on Thursday and approved an Alabama Department of Corrections (ADOC) request to extend a contract for legal services defending the state against a class-action lawsuit brought by the Southern Poverty Law Center. The lawsuit was brought on behalf of several current and former prisoners who allege that the state did not provide adequate care while they were incarcerated. The contract for legal services comes with a maximum payout of $8 million, all of which is state-funded.

Huntsville Attorney William R. Lunsford, with the law firm of Maynard, Cooper, &amp;amp;amp;amp;amp; Gayle, P.C., has agreed to continue his representation of the state in a re-issued appointment as Deputy Attorney General. Lunsford is representing ADOC, ADOC Commissioner Jefferson S. "Jeff" Dunn, and Associate Commissioner Ruth Naglich, in the case of Bragg et al vs. Dunn et al, which is in federal court. Lunsford is being compensated at the rate of $195 per hour.

Birmingham Attorney David R. Boyd, with the law firm of Balch &amp;amp;amp;amp;amp; Bingham L.L.P., has agreed to continue his representation of the state in a re-issued appointment as Deputy Attorney General to handle this case. Boyd is receiving compensation of $205 per hour.

Lunsford and Boyd were both appointed by the Alabama Attorney General.

The explanation for the hiring of outside counsel is that “This matter is too burdensome to handle with [the] current [Attorney General office] caseload.”

The existing contract was renewed and amended for up to an additional $8 million for a total of $16 million.

State Rep. Steve Clouse (R-Ozark) is the Chairman of the House Ways and Means General Fund Committee. That committee prepares the general fund budget for the House of Representatives.

“How long has the Bragg case been going on?” Clouse asked.

The ADOC representative replied, “I don’t know. It was going on before I joined the Department.”

State Rep. Danny Garrett (R-Trussville) is the Chairman of the House Ways and Means Education Committee. That committee prepares the education trust fund budget for the House of Representatives.

Garrett explained to 1819 News that the $8 million amount is the maximum that the agency is authorized to spend on the contract. The total amount spent in the Bragg v. Dunn case over the next two years would not necessarily be $8 million.

The case is being heard by federal Judge Myron Thompson.

The ADOC spokeswoman said that this contract had nothing to do with the U.S. Department of Justice lawsuit against ADOC.

DOJ alleges that the state’s prisons are the most dangerous in the country, constitute “cruel and unusual punishment” and thus are unconstitutional under the Eighth Amendment to the U.S. Constitution.

The executive branch negotiates and signs the contracts. The legislature does not actually vote to approve or deny contracts. Rather they review contracts and can vote to block any contract about which they have questions.

Thirteen legal services contracts were submitted by 10 state agencies for a total of $9,135,500. The Bragg v. Dunn attorneys contract was by far the largest of these. Sixty-thousand dollars of a DHR contract are paid for with federal dollars. Two contracts, for the Pharmacy Board and the Real Estate Commission, totaling $580,000, are paid for with local funds. Legislative Services had three legal contracts totaling $35,500.

The committee blocked no contracts, but some were carried over to next month because the representatives from the state agency that made the contract failed to appear before the committee. 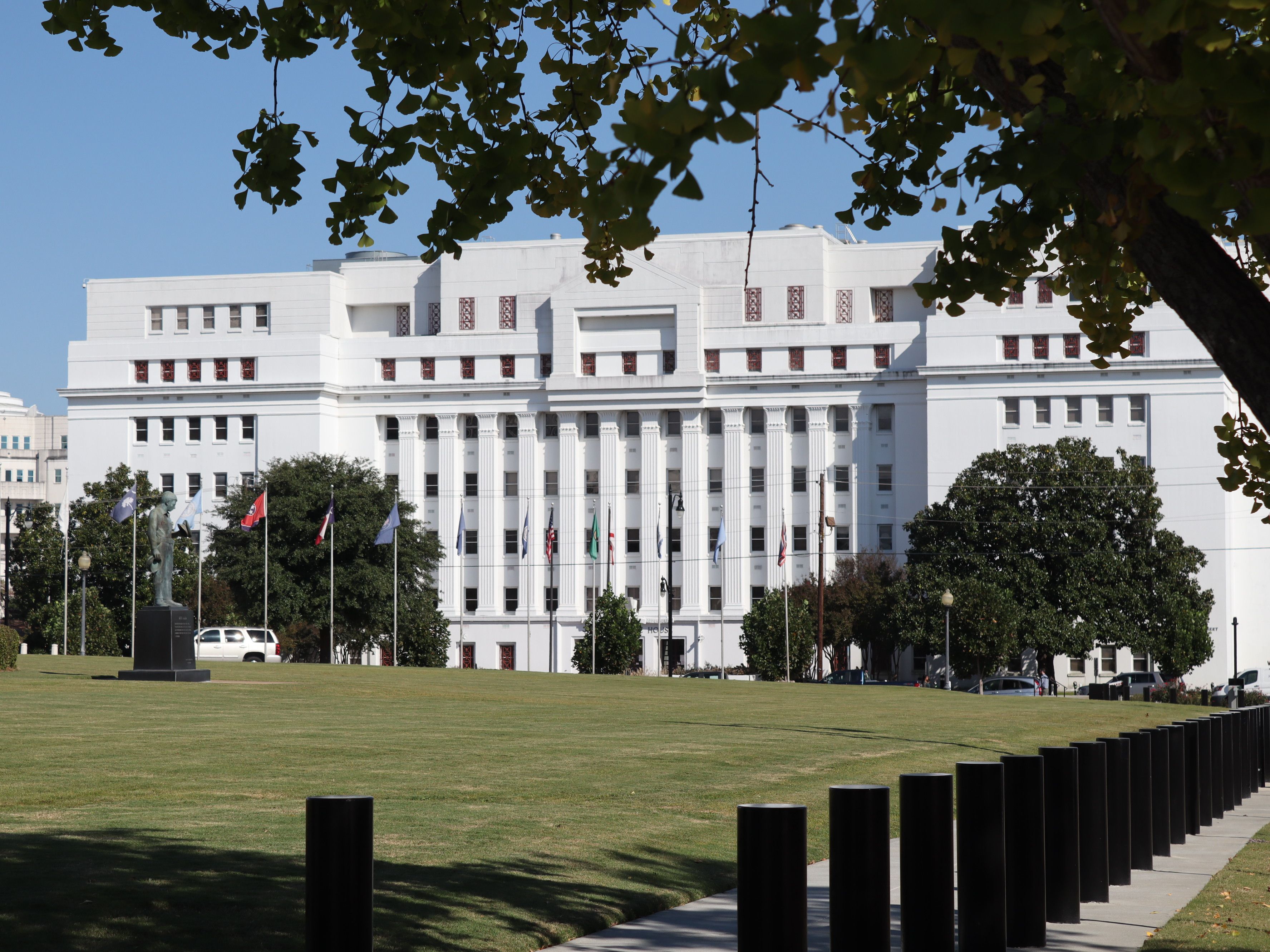