The Roman Catholic church has also come under tremendous fire for the thousands of priests accused of child sexual abuse.

In 2019, the Southern Baptist Convention dealt with reports that 380 clergy, lay leaders, and volunteers faced allegations of sexual misconduct since 1998.

Now, experts who seek to assist victims say there is almost no way churches can avoid dealing with sex abuse issues, even if it is children reporting such abuse happening outside the church to ministers and staff.

But there are things to look out for.

Kimberlee Norris, co-founder of MinistrySafe, offers training for ministries and churches across the nation to address the risk of childhood sexual abuse. Norris said the statistics of child abuse in church-related ministries are identical to everywhere else.

MinistrySafe began out of Love &amp;amp;amp;amp;amp; Norris, a 31-year law firm in Fort Worth, Texas. The firm is run by Norris and her husband, Gregory Love. According to Norris, the company was formed after Norris and Love began litigating cases of child sexual abuse, a practice the firm continues.

MinistrySafe is designed to be a “self-help” resource for ministries to access vast online document libraries, training resources, policies, and screening protocols. The material would be available to address multiple contexts, such as high school ministries, athletics, Christian schools, etc.

“We wanted it to be in a context that was scalable for tiny little churches, in part because I’m the daughter of a church planter,” Norris said. "But we also wanted it to be scalable to meet the needs of really big churches if they chose to go the self-help route.”

Love &amp;amp;amp;amp;amp; Norris also has a secular abuse prevention sister company called Abuse Prevention Systems. Still, the ministry-focused side of the firm was formed after extensive experience in dealing with ministry-related abuse cases.

Norris told 1819 News that it was statistically impossible for a church to avoid dealing with child sexual abuse, stating that abuse is too prevalent to avoid.

“The chance that a church will not encounter this issue is zero,” Norris said. “At an absolute minimum, the church is going to encounter this from a kid who is telling you about something that happened [outside the church]."

A significant focus of MinistrySafe is dealing with misapprehensions about child sex abuse and how to best structure the security of a church or ministry.

According to Norris, a prevailing misapprehension of abuse is the “stranger danger” misconception, which refers to the idea that a stranger poses the most significant threat to a child. Norris draws a sharp distinction between the “abduction offender” and the “preferential offender.” An abduction offender refers to snatch-and-grab types of abuse, where a child does not know the offender. A preferential offender prefers children as sexual partners and has an age and gender preference. A preferential offender will engage in a lengthy grooming process, grooming of both the children and those in authority. Norris believes that most people inside and outside of the church have sufficient protocols to deal with the abduction offender but are inadequately informed on the grooming process of the preferential offender. There are also situational offenders, who have no previous history with underage sex abuse but develop an inappropriate relationship with a mid-to-late-teen, which Norris says represents a small minority of offenses.

“The snatch-and-grab scenarios or less than 5%,” Norris said. “We know from study after study that 90% of kids that are sexually abused are sexually abused by someone they know and trust. It is not a stranger. ‘Stranger danger’ is largely a misnomer. Most churches have a security system premised upon ‘stranger danger’ as the primary concern. And the reality is, if there is an offender in your church, it’s typically someone who is known and trusted, and they’ve put themselves in a position to commit child abuse by grooming the gatekeepers – the people around that ministry – to believe they are helpful, trustworthy, responsible people. And therefore, they are accessing the kids, typically, from a position of trust; whether that’s as an employee or a volunteer.

While men make up for 90% of all child sexual abuse convictions, there are many female abusers, which Norris says follow the same grooming patterns as their male counterparts.

Norris says that having a perpetrator with a single lapse of judgment is statistically improbable, and most offenders have a lengthy history of abuse.

“In one of the largest offender studies ever undertaken of convicted male offenders, if the offender preferred male victims, he had an average of 150 victims prior to prosecution," Norris said. "And these are self-reported, these offender studies that offenders are participating in so they can get probation. A convicted male offender who preferred female victims had an average of 52 victims prior to criminal prosecution.

Assuming the best motivations from those who desire to work with children is another mistake Norris believes can adversely affect a ministry.

“People assume that someone who says, ‘I really want to work with those sixth-grade boys,’ in church contexts, they assume that their motivations are honorable, valid, and good,” Norris said.

Despite the common abuses in age-separated ministries, Norris still believes they are good and helpful and can be kept safe if the proper steps are taken.

“I don’t think the church is ever going to go back to the family model,” Norris said. "So the answer is to train our people. The answer is the two-adult rule. The answer is adequate supervision. We have got to update our naiveite and become more skilled and trained and educated. Because, when the church gathers children, the church becomes an attractive target for people who have the wrong motives.” 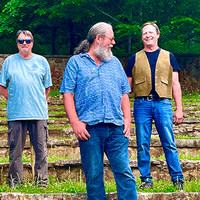