It's the last day of the month, which means many are waiting for their paychecks to come in. Of course, the state of Alabama pays employees tomorrow, and those in charge of the Alabama Beverage Control Board (ABC) will receive their monthly compensation.

The Alabama Legislature created the ABC Board following the ratification of the 21st Amendment that ended Prohibition, giving the state government control of the sale of alcoholic beverages.

According to ABC Board's website, the agency "controls alcoholic beverages through distribution, licensing, and enforcement."

ABC also has its own retail stores, where consumers can usually find better prices; since it is the warehouse for Alabama, its stores are the only ones that do not have to add a markup.

The ABC Board chooses which business owners can open a store and the location based on moral character and neighborhood surveys. Although competing with these private businesses, the ABC Board also inspects them annually, performs audits, and collects taxes from them.

When it comes to educating the public, the ABC Board has several public awareness campaigns throughout the state on the dangers of alcohol abuse, specifically underage drinking and binge drinking, as well as driving under the influence.

In its last annual report, for the fiscal year 2019-2020, the ABC Board reported it distributed $315 million to state and local governments.

So who is in charge of the ABC Board, and how much are they paid?

Hannibal "Mac" Gipson is the administrator of the ABC Board. He was appointed by Gov. Robert Bentley in 2011. The former member of the Alabama House of Representatives is an Army veteran and former CEO of Gipson's Auto Tire in Prattville and Millbrook.

He serves as the Chief Operating Officer (COO) of product management, the division responsible for the pricing, purchase, warehousing, transport, distribution, merchandising and sale of liquor products for the state.

William E. Thigpen, Sr. is the second in command at the ABC Board, serving as the assistant administrator, although he makes less than the previous five employees mentioned.

After serving in the Alabama House of Representatives for three terms, the Alabama National Guard veteran also served as the Fayette Area Chamber of Commerce president.

Although the second in command isn't the highest paid, he still gets paid 283% higher than the average employee of the ABC Board.

Jobs typically come with full state benefits, including sales associates at ABC stores. Current job listings for those jobs pay up to $42,000 a year. Sales managers can make over $60,000 a year. 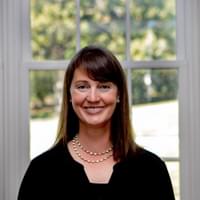 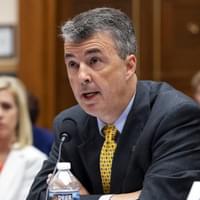 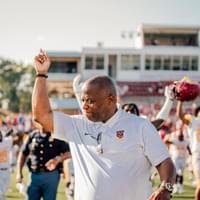