According to the legislation's sponsors, it "would also create more transparency for consumers by revealing the censoring practices Big Tech platforms, including Google, use to filter certain emails."

"It is unacceptable for Big Tech to discreetly tip the scale in their direction and take advantage of consumers by altering the viewing preference for certain political emails. They are not the arbiters of free thought,” said Sen. Marsha Blackburn (R-Tenn.), one of the chief sponsors of the bill, in a press release. “This legislation will help put control back into the hands of consumers and work to ensure Big Tech’s extensive history of censoring conservative voices comes to an end.”

According to a non-partisan North Caroline State University study published earlier this year, Google’s algorithm marked nearly 70% of emails from Republican campaigns during the 2020 election as spam compared to only 8% of emails from Democrat campaigns.

U.S. Senate Minority Whip John Thune (R-S.D.), the other lead sponsor of the bill, argued it should be up to the consumers to determine what they see and not a Google algorithm.

“I’ve long believed that Congress should hold Big Tech accountable to the users who rely on its platforms – for everything from email to social media – and empower those consumers to make their own online decisions, free from Big Tech’s heavy hand,” Thune said. “I’m proud to lead this effort that would prohibit large online platforms from censoring emails through filtered algorithms – a process that ultimately discriminates against political campaigns. Consumers should be able to choose what they want to see, not Google. It’s long past time for Big Tech to be held accountable for its blatant bias, and this bill would be an important step in that direction.” 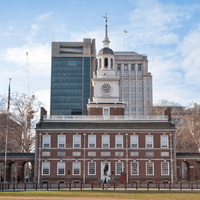 History behind the Fourth of July Read now →