Rise to the moment of truth Friday, December 9, 2022
News Sports

Alabama Crimson Tide football will sound a little different with Eli Gold out of the radio booth. Crimson Tide Sports Marketing vice president and general manager Jim Carabin announced on Wednesday that Gold, the longtime Voice of Alabama football, will be out for the beginning of the season because of health issues and that Chris Stewart will take over Gold’s role.

Gold, 68, has been Alabama’s play-by-play announcer since the beginning of the 1988 season. The only game he missed during that time came in 2020 when COVID-19 kept him from traveling for Alabama’s victory at Arkansas. Gold returned to the booth the following week to call the Crimson’s Tide’s victory over Florida.

The greatest thing about ⁦the Alabama family and our network.. is that we support each other. We've done it before and we'll do it again. Prayers up to my dear friend! #getwellEli ⁦@AlabamaFTBL⁩ @UA_CTSN⁩ pic.twitter.com/P884l3cEbj

Crimson Tide head coach Nick Saban was asked about Gold while meeting with the media at the Nick’s Kids Foundation luncheon on Wednesday at Bryant-Denny Stadium.

“Eli has done a fantastic job of being the voice of our iconic brand at the University of Alabama for a long, long time,” Saban said to the assembled media members. “Our thoughts and prayers are with him and his family, and we certainly hope he has a speedy recovery. He’s a good friend, he’s been a great ambassador for the University of Alabama. We appreciate all that he’s done.”

While he’s best known in Alabama for his work with the Crimson Tide, Gold was on the call for a variety of sports and organizations. He was the first play-by-play announcer for the UAB men’s basketball team and is well known nationally for his work in NASCAR and the NHL. He has also been the voice of the Birmingham Barons and Birmingham Squadron.

First and foremost I wish Eli Gold a complete and speedy recovery. We'll miss you in the booth this season. @CStewartSports, I wish you the best this season. We'll see you in Tuscaloosa.

It is unclear how long Gold will be out of the booth for Crimson Tide games.

Stewart has handled different roles during his time at Alabama. He has been the Voice of Alabama men’s basketball for 11 seasons and began as UA’s baseball announcer in 2000. He was also part of the Crimson Tide’s football broadcast prior to this. He will also host “The Nick Saban Show” and “Hey Coach.”

Alabama will open the 2022 football season on Sept. 3 against Utah State at Bryant Denny Stadium.

Once again, it's wait and see if Samford quarterback Michael Hiers will be healthy enough to play in the FCS playoffs Read now → 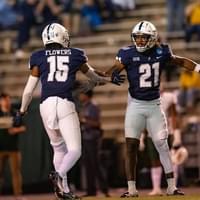