Two weeks ago, I learned that Jefferson County District Attorney Danny Carr signed a pledge not to enforce Alabama’s abortion law. Around the same time, the Alabama Political Reporter reported that the Democratic Candidate for Mobile District Attorney appeared to be following in Carr’s footsteps. Once I learned that the Alabama Attorney General could take over prosecutions in such cases, I sent him a letter urging him to exercise his authority and ensure that the law was followed.

This week, I have good news: Alabama Attorney General Steve Marshall will enforce the law, even if local prosecutors don’t.

On Wednesday, I got to see Marshall at our local Federalist Society meeting, where he was the speaker. Presenting his speech before a packed-out room, Marshall spoke about the Dobbs decision and the state of the law in Alabama after Roe was overruled. As he got towards the end, he addressed what I and many others wanted to know: Would he do something if local district attorneys refused to protect life?

He noted that Alabama gave the Attorney General’s Office significant authority over prosecutions and that he would exercise it if the local prosecutors refused to do their jobs.

During questions, I asked him if he planned to enforce the law himself or whether he planned on pulling in district attorneys from other districts to handle the cases. He said that his office would exercise its authority to prosecute the cases themselves.

When it comes to defending life, Marshall has shown himself to be the real deal. On the very day that the Supreme Court overruled Dobbs, Marshall asked Federal District Judge Myron Thompson to lift his injunction on the Alabama Human Life Protection Act. I expected Marshall to move fast, but I did not expect him to act within hours! Thanks to Marshall’s quick actions, Judge Thompson lifted his injunction by the end of the day. Because he wasted no time in protecting the lives of the unborn, I believe he is serious about his promise to enforce the law if local prosecutors fail to do so.

During the same meeting, Marshall also addressed some ancillary issues. First, he knew, like many of us pro-life lawyers have known, that the Biden administration will probably try to fight back through the administrative state. Marshall says his office is gearing up to fight if such an order comes down on Alabama. It has also been reported that a California doctor plans to set up an abortion boat off the Alabama coast. Marshall doubted the legality of such a move. Though he did not get into maritime law in this speech, he did note that Alabama law has a criminal conspiracy statute that could apply to attempts to procure an abortion out of state. (Alabama Democratic Party Chairman Chris England appears to agree, claiming that this statute criminalizes trying to violate the Alabama Human Life Protection Act by committing the act outside of Alabama.)

As always, there are legal nuances with each of these issues that are too deep to get into in this op-ed. But the good news is that the Alabama Attorney General is aware of his options and appears committed to enforcing the law, even if local prosecutors are not.

There were many people who fought to protect life in Alabama. There is Eric Johnston, who wrote the Alabama Human Life Protection Act, which was the first to essentially ban abortion in America after Roe. Judge Matt Fridy also authored Amendment 2, which ensured that the Alabama Constitution could never be construed to protect a right to abortion (which we are seeing pro-abortion advocates try in other states after Dobbs). Alabama’s Chief Justice Tom Parker’s relentless advocacy for the rights of the unborn helped get the Supreme Court to take Dobbs. And when the Court took Dobbs, the Foundation for Moral Law, the State, and the Alabama Center for Law and Liberty all filed briefs urging the Court to overrule Roe. And I’m sure there are many others whom I have unconsciously omitted here but who certainly deserve credit.

But all of this would be for naught if, once we had secured the right to life, law enforcement was not willing to protect it. Fortunately, our Attorney General is unwilling to sit idly by and watch the unborn be slaughtered. Too many Alabama Republicans can be feckless and unprincipled, but Steve Marshall is not one of them. We should be thankful that the lives of the unborn are secure because he is willing to protect them.

Matt Clark is the President of the Alabama Center for Law and Liberty, a conservative nonprofit law firm that fights for limited government, free markets, and strong families in the courts. His column appears every Friday in 1819 News. The opinions expressed in this column are those of the author. The views and opinions expressed here are those of the author and do not necessarily reflect the policy or position of 1819 News. To comment, please send an email with your name and contact information to Commentary@1819News.com. 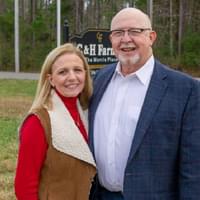 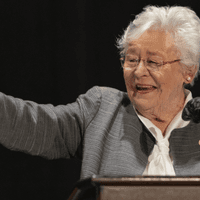