Outgoing State Sen. Jim McClendon (R-Springville) is bearish on the possibility of any gambling bills being passed this year.

On the table are two proposals. One in the House, sponsored by State Rep. Chip Brown (R-Hollingers Island), would provide the framework for a "simple lottery." The other takes a more comprehensive approach and is being brought by McClendon's colleague, State Sen. Greg Albritton (R-Atmore).

During an appearance on Mobile radio FM Talk 106.5's "The Jeff Poor Show" on Monday,  McClendon, who was involved in a 2021 effort to pass a gambling package, explained why with seven legislative days remaining, getting gambling through would be too difficult.

"I've been watching this, and I've been staying on the sideline with both of these ideas," McClendon said. "I think both of them are probably going to be subject to a slow death. Senator [Greg] Albritton came forward with legislation very much like the legislation they got through the Senate last year. And they sent it to the House, where it promptly died.

"He came forward with the bill and apparently was really unable to get the support he needed. He talked about making some changes to that bill. That was last week. I thought that changes might be coming. It was not on the calendar for the Senate to consider."

McClendon went on to say that it appears Albritton's bill is stalled for lack of support and that the House is talking about a paper lottery, something from the 50s.

The St. Clair County Republican lawmaker predicted this year's regular session would end without a constitutional amendment for any type of gambling on a future ballot.

"It looks to me like the 2022 regular legislative session is not going to come forward with something for the people of Alabama to vote on," McClendon said. "I think it is over with. I think for whatever reason -- maybe election season has something to do with it. I don't know. I would be shocked if a paper lottery bill passes the House. I would be even more shocked if it survives the scrutiny of the Senate."

To connect with the author of this story or to comment, email jeff.poor@1819News.com. 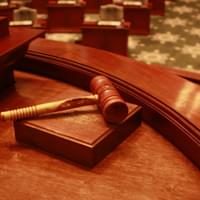 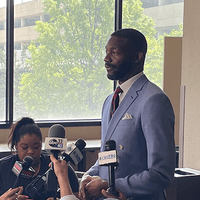