Rise to the moment of truth Sunday, September 25, 2022
Opinion

Beats all the Lies you can invent

It is right it should be so

Man was made for Joy & Woe

And when this we rightly know

Thro the World we safely go

A Clothing for the soul divine

Under every grief & pine

Runs a joy with silken twine

I’m not certain what it is exactly, but something about political power makes those who lose it wake up to its threats while those who win it fall asleep to its dangers. Standing on the outside looking in, it is not hard to see: power is and always has been for the few to use and the many to suffer.

Yet, the many — we, the people — continue to genuflect before power’s corrosive and jealous influence despite the elite few’s constant abuses. It’s sickening. Despite the freedom to believe and say what we wish, millions of Americans continue to take their cues from corrupt politicians and corporate media mouthpieces, as though the only question worth asking today is, “How should the power of the U.S. government be administered?” If only the people would ask themselves, “Should this leviathan exist in the first place?”

Alas, the “mind-forg'd manacles” of carefully manufactured political propaganda seem to have shackled the soul of this nation, as too many Americans — whether out of ignorance, cowardice, desperation, or bad intentions — are willing to accept gross exaggerations and outright lies because of what they believe to be necessary for the political moment. Too many Americans, indeed, are doing the work of Big Brother themselves, tearing their minds to pieces and putting them back together again to fit a given political narrative.

Yet, as the ironical fates would have it, George Orwell’s 1984 is almost always on the American bestseller list. I suppose the Orwellian mantle has become something of a consolation prize in American politics. While the winners pick up power after a given election, the losers can’t help but pick up the Orwellian classics as they lick their wounds and search for ominous parallels to America today in the text.

I hope all these perennially purchased copies of 1984 and Animal Farm will one day actually be read and understood rather than serving as knick-knacks on the shelf or, even worse, as partisan cudgels. I suppose I can tolerate an unread book on the shelf, but I cannot abide partisans sharing Orwell’s wisdom to critique their opposition’s ambitions while never criticizing their own — though that is exactly what I expect them to do.

Thus, I would remind those who may be tempted to read George Orwell through a partisan lens and with a partisan purpose to consider one of Orwell’s favorite lines of poetry from William Blake’s "Auguries of Innocence":

Beats all the Lies you can invent

Indeed, more than any outright lie Joe Biden, Donald Trump or the corporate press can invent, truths told with bad intent have become the greatest threat to the soul of this great nation. The American people’s dreams will not long flourish as a mere tool for power and political posturing.

Luckily, it doesn’t have to be this way. We, the people, still have the freedom to stop acting like Big Brother towards ourselves and our fellows while largely ignoring the corrupt ruling class. Forget the fates — thank God Almighty Himself that America today is nowhere near Winston Smith’s Oceania.

For instance, as much as the globalist ruling elite wish to advance their own narratives as “the Truth” above all others, new communication technologies have made this nearly impossible. I predict this will only get worse for the global elite as 21st-century technologies continue to run laps around our 20th-century political institutions. The ruling class may still be very powerful indeed, but they are weaker than they have ever been, as their increasingly extraordinary tactics and hysterically shrill speeches prove.

No doubt the ongoing American Cold Civil War will continue to be very perplexing and vexing in the short term. With so many voices with bad intent claiming to offer the “real story” or “the whole truth” or “universal values” in competition with one another, disenchantment was bound to become our lingua franca for a time. But, in this tumultuous age, we still have the liberty and agency to remember what scared Orwell’s Big Brother the most — language independent of power’s demands.

Indeed, the most important things in life are the stories we weave for ourselves, and unlike ever before in human history, we have the tools to do so free from power’s jealous demands and bad intentions. Now, we must simply take a different path.

What would happen if America’s political factions stopped fighting over centralized authority and instead sought to go their own way instead? What if a critical mass of Americans rejected the prevailing political factions and turned their backs on the Washington D.C. circus? What if more and more Americans became wary of the “mind-forg'd manacles” of manufactured political propaganda?

And what if we, the people, remembered why George Orwell thought this phrase could not be translated into Newspeak?

“We hold these truths to be self-evident, that all men are created equal, that they are endowed by their creator with certain unalienable rights, that among these are life, liberty, and the pursuit of happiness.”

Joey Clark is a native Alabamian and currently, the host of the radio program News and Views on News Talk 93.1 FM WACV out of Montgomery, AL M-F 9 am-12 noon. His column appears every Tuesday in 1819 News. To contact Joey for media or speaking appearances as well as any feedback please email newsandviews931@gmail.com. The views and opinions expressed here are those of the author and do not necessarily reflect the policy or position of 1819 News. To comment, please send an email with your name and contact information to Commentary@1819news.com. 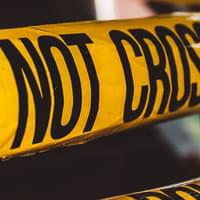