Rise to the moment of truth Tuesday, September 27, 2022
Politics

Money is the life blood of politics. In today’s world everyone watches a different television channel, follows different podcasts and reads a different online news source. Getting a candidate’s message in front of his or her voters has never been more difficult or more expensive. Today is the last day of 2021. It is also the last day for political contributions to be counted on campaign finance reports for 2021.

Political donors have never been more important. Campaigns use their number of donors and their total amount of money raised on those end-of-year reports in order to attract the support of political action committees and large donors. This is the last month to report before candidate qualifying, so political calculations are being made based on the December 2021 campaign finance reports.

There are two agencies responsible for campaign finance reporting. They are the Alabama Secretary of State’s office and the Federal Election Commission (FEC).

Secretary of State John H. Merrill (R) told 1819 News that campaigns are required to turn in their end of December reports on the second business day after the end of the month – Jan. 4th in this case.

“December Monthly Report is due by Jan. 4th” Merrill told 1819 News in a text message. “It cannot be submitted yet (Thursday), as the period ends on Dec. 31st. They are available to “View/File” now. The “File/Submit” function to file the report electronically should be available tomorrow (Friday).”

“If you are referring to the 2021 Annual Report, that period ends December 31st, will be assigned next week and they are not due until Jan. 31st,” Merrill added.

To further complicate matters for state candidates, they have to raise as much money as they can before the upcoming Legislative Blackout Period for the 2022 Regular Legislative Session.

“The Legislative Blackout Period prohibits candidates for legislative and statewide office from soliciting, accepting, or receiving contributions during the period in which the Legislature is convened in session,” explained Cameron Mixon with the Secretary of State’s elections division in an email. “However, the fundraising prohibition does not apply within 120 days of any primary, runoff, or general election.”

In other words, this year candidates can accept money from donors (individuals, corporations, or political action committees) during the 2022 Alabama Regular Legislative Session. They just cannot do it between Jan. 11 and Jan. 24, since the major party primaries are May 24.  The primaries used to be in the first week of June but the legislature moved them back to before the Memorial Day holiday break in May.

The December filings with the Secretary of State’s office will be available for viewing next week. The public will be able to view the end-of-year reports in the first week of February.

Federal candidates have to file their end-of-quarter reports with the FEC. Those reports will be available for viewing by the public on Jan. 16.

To learn more about the FEC visit their website: https://www.fec.gov/ 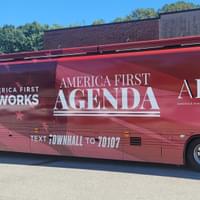 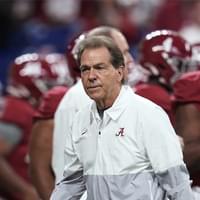 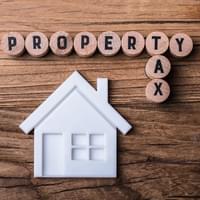